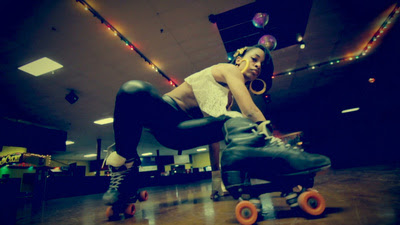 Absolutely wonderful look at the relationship between the African American communities and roller skating. A history of skating in America the film shows how the rinks produced families and communities around them, and how the loss of a roller rink can have a negative effect on the live of the people who used it. The film also illustrated how the rise of Rap and Hip Hop are tied to the rinks which were often the only place which would allow the artists to play.

I know that this doesn't sound like the most exciting film in the world but trust me, this film will move you and put a smile on your face. Filled with great people and great skating this is a film that will open up a whole new world for you. More importantly it is a film that, assuming you ever went to a roller rink, make you nostalgic for days past.

I was standing outside the theater when the film played a pre-festival screening for critics. When the film ended a steady stream of normally gruff and unsmiling people filtered out with big smiles on their faces talking about what a wonderful surprise the film was. Everyone was delighted.

This wonderful confection will make you feel good, despite being bittersweet.