Left Over Turkeys: Last Glory of Troy, Search for Danger, Sargent and the Spy, and Who Has The Black Box? 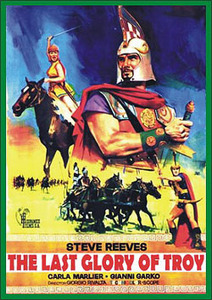 LAST GLORY OF TROY (aka The Avenger)
This is a sequel to the Trojan Horse.

Trojans, fleeing from the remains of Troy end up in Italy and get mixed up with the Etruscans. The Trojans want a place to stay, but... The king is cool with it,the prince is not. A princess loves Reeves, but ends up involved with the prince... The prince sets up the Trojans and after 40 to 45 minutes of court intrigue a war breaks out, but its dull. Ultimately it comes down to Reeves and the prince fighting in silly helmets, which isn't revealing anything since its supposedly history and its in the trailer.

I paid for this? 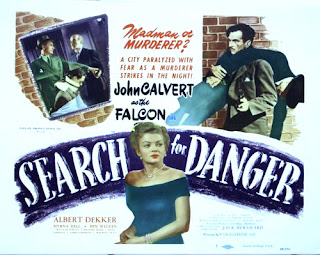 SEARCH FOR DANGER
Anemic murder mystery is the last of the John Calvert run as The Falcon has the PI trying to uncover the murderer of another PI and a thief. While better than the previous entry in the series it’s not as good as the first go round. Its also hampered by sets which look as if they might collapse at any minute. 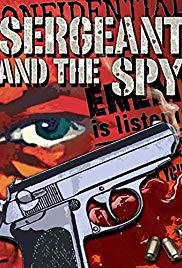 SARGENT AND THE SPY
(and no there is no The before Sargent)
Weak unfunny and forced military comedy has soldiers on leave going on leave and getting mixed up with spies. Dreadful on almost every level the height of cleverness is that everyone wears dark glasses to be incognito. I got about twenty minutes in before I turned it off as it became a game of diminishing returns. 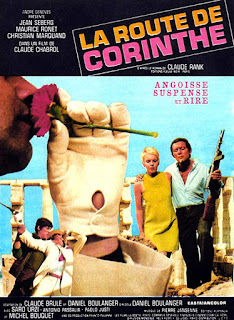 WHO HAS THE BLACK BOX?
Claude Chabrol misfire peaks interest in the odd moment but mostly it’s an espionage thriller that doesn’t thrill and just lies there. The story of small black boxes appearing all over Greece that are being used to jam American military radar, the film focuses, after about a third of its running time, on the wife of an American agent (Jean Seaberg) who has to clear herself of the frame for her husband’s death. To be honest watching the film my interest waned. Things only happen in fits and starts when they happen its very good but mostly it seems to ramble around with an occasional joke and no suspense. I really didn’t care and let the film finish largely because I was too lazy to turn it off.
Posted by Steve Kopian at November 24, 2018

Email ThisBlogThis!Share to TwitterShare to FacebookShare to Pinterest
Labels: capsule reviews, not worth the effort, unseen turkey day 2018