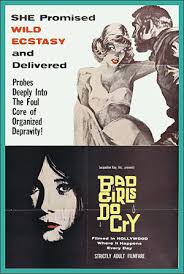 BAD GIRLS DO CRY
Beyond awful film concerns a woman who goes to a new city, becomes a model, is raped drugged and prostituted. Running a brief 58 minutes it feels as though it's 58 days long. Filmed silent the film feels unbelievably cheap. any dialog is heard from behind the person speaking except for the occasional moment when the cut was ill timed and we see the person's lips not moving. Nominally a racy exploitation film, it is no longer racy in the least despite the characters walking around in their undies. If you're give a choice of watching this film or drinking battery acid, I'd go with the acid 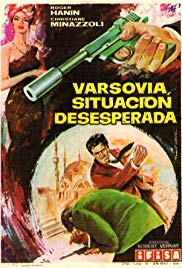 DIPLOMATIC PASSPORT
Painfully slow film about a newlywed couple arriving in London on is first posting a diplomat. He immediately gets called away on assignment and things go wrong from there. An okay cast is undercut by dreadful pacing which draws sequences out for no good reason. There is no through line of a plot more a seeming series of digressions tat eventually come together to form something- I'm not sure what. I was largely done by the half way point. I hung into see how it came out and wasn't shocked to discover I had been right about a chunk of what had been going on. A void unless you need sleep. 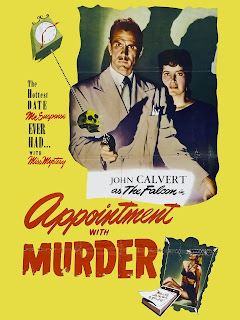 APPOINTMENT WITH MURDER
Second of the John Calvert Falcon films is as bad as a program mystery can be. An odd mix of cheap sets and bad acting (the Italian accents are embarrassingly bad). The film has something to do with murder and mayhem tied to a painting in Milan Italy and ere in the states. Lots of sound and fury dignifying nothing I never cared who did it or why, I simply wanted my time in the torture chamber to end 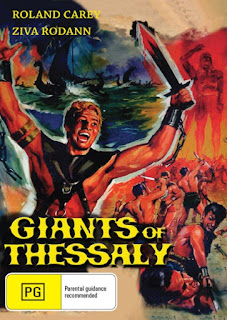 GIANTS OF THESSALY
More talk than action retelling of Jason and the Golden Fleece has the Jason and his men off on their trip while back home the regent plots to take the throne and bed the queen. It’s a lot of people standing around (often in front of fake backdrops)talking while not much happens. The high point of the film, and the only reason to see the film is the giant cyclops attack which happens about 40 minutes into the film. A wonderful men suit action sequence it makes the boredom of the first half of the film worth enduring…. And sadly it makes the second half intolerable and squirm inducing and sleep producing. The film never recovers and as such the film can not be recommended. 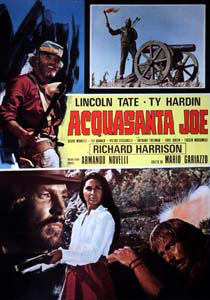 ACQUASANTA JOE
Messy spaghetti western has a bounty hunter trying to get his money back from the robber who took it from the bank he had deposited it. He then crosses and double crosses everyone on the way to getting the cash.

Odd mix of comedy and action never finds the right tone anywhere along the way. Making things even more complicated is the fact that there are huge gaps in the plot which lead one to believe that they either made this up as they went or they only only filmed part of the script. The result is a film that isn't a fun sort of bad rather its just a bad film that will make you squirm.
Posted by Steve Kopian at November 22, 2018

Email ThisBlogThis!Share to TwitterShare to FacebookShare to Pinterest
Labels: capsule reviews, not worth the effort, unseen turkey day 2018