DOC NYC Capsules: THE GREENAWAY ALPHABET, BEYOND THE BOLEX, UNITED WE FAN, and OF FISH AND FOE 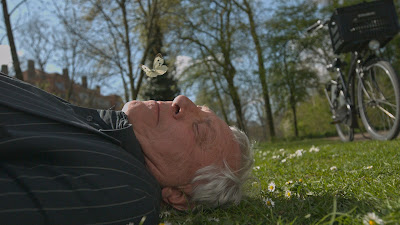 THE GREENAWAY ALPHABET is one of the best films of 2018 and probably one of the greatest portraits of a filmmaker ever made. A beautiful portrait of Peter Greenaway directed by his wife and featuring his daughter. I could wax poetic about the film for hours except that I am restricted to only a capsule review so all I can say is go buy a ticket and see it and be filled with a desire to see all of the great man's films and talk to him for hours. 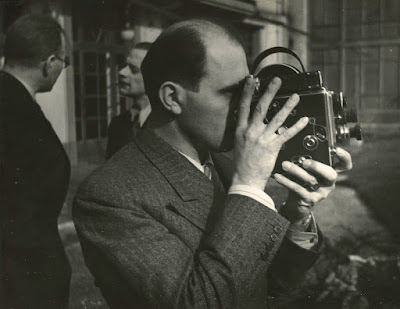 BEYOND THE BOLEX is filmmaker Alyssa Bolsey's deep dive into both her family's history, the film was prompted by the discovery that her grandfather had invented the legendary Bolex camera, and the history of film because Bosley reveals just how important the camera is in the creation of so many films. An excellent film it is very recommended. 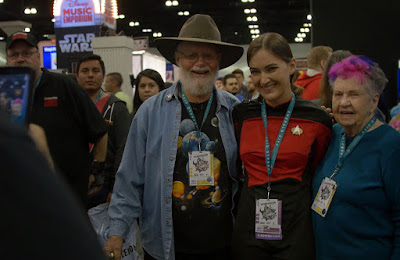 UNITED WE FAN is a good look at TV show fandom and how fans have saved shows like Star Trek, St Elsewhere, Cagney & Lacey, Designing Women, etc. If you've ever loved a TV show that you wanted to save this film will show you how to do it because it shows you how it happened in the past. If you have any interest in fandom this film is for you. If you can't see it at DOC NYC it is hitting VOD on December 4. 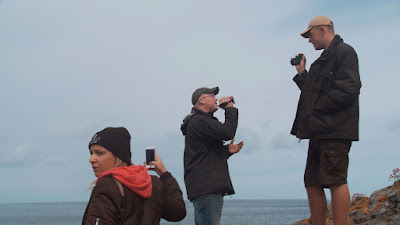 OF FISH AND FOE
As a generations old Scottish family of salmon fishermen is suspected of animal rights violations, they are brought into conflict with activists. This very good look at the battle of activists and fishermen is surprisingly fair minded as we get a sense of the people not only in the middle of conflict but as people and of the the worlds they inhabit. This means that the sides are not clearly painted as good or bad but everything (ie we like some people and we hate others). Recommended as not only a great look at the conflict but also a dying way of life.
Posted by Steve Kopian at November 06, 2018