DOC NYC Capsules THE ARTIST AND THE PERVERT, ON HER SHOULDERS, SOMEWHERE TO BE, and THE OTHER RIO 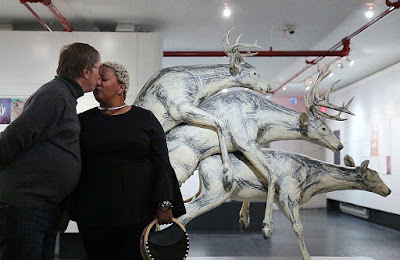 ARTIST AND THE PERVERT
Composer Georg Friedrich Haas and his companion sex educator Mollena Williams have a unique relationship- she is his slave. While that would be kind of kinky and quaint under the best of circumstances the fact she is black pushes all sorts of buttons for people. Good feature length portrait of the couple is ultimately kind of disappointing in that there are no grand revelations or hidden secrets simply the story of two people who love each other. Had I gone into the film expecting some form of hidden titillation I probably would have been disappointed but having seen another film and news stories on the couple I knew what to expect. If you want anything other than a love story between two people living life their own way look elsewhere. If a grand love story is your cup of tea jump right in. 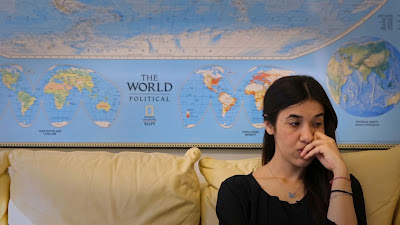 ON HER SHOLDERS
Very good portrait of recent Nobel Peace Prize winner Nadia Murad who is trying to help for the Yazidi people who have been targeted by Islamic extremists for annihilation because they aren’t Muslim. A warm and heart felt film it is playing as part of DOC NYC’s short list sidebar of possible Oscar contenders. While the film is very well done, and it does highlight the plight of a group of people most of us are completely unaware of, the film itself is rather by the numbers. If it wasn’t for Murad herself and her winning of the Nobel Prize the film wouldn’t be getting the attention it is. While this is not to infer it is a bad film, more simply a statement that it isn’t quite as good as some of the Oscar tenders (or even many of the films at DOC NYC) 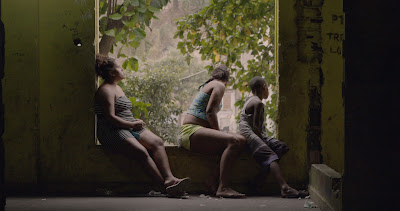 THE OTHER RIO
If you are looking for a more on the ground look of what life is really like in Rio then make an effort to see The Other Rio about 100 families squatting in a government building across from one of the stadiums built for the Olympics. A surprising up beat look at people simply struggling to get by, he film reveals what people will do to make a life. Not dealing with the situation that has brought about the need to squat in an abandoned building (Brazil sold its soul to host the Olympics and World Cup resulting in crushing financial problems they will never get out from under) rather simply with the lives of the people it is a portrait that will kind of restore your faith in our ability to survive regardless. Recommended. 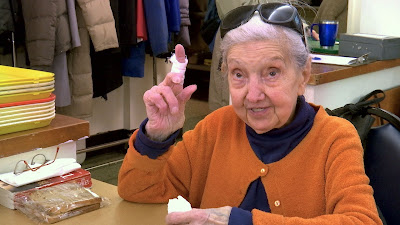 SOMEWHERE TO BE
Portrait of the Greenwich House Senior Center at Washington Square in New York City. A smile producing film about feisty people from all walks of life who walk through the doors of the center. A charming little film that wil put a smile on your face thanks to some truly great people. The people are so much fun to watch that I am tempted to walk out of the IFC center and go over and meet them. Recommended
Posted by Steve Kopian at November 10, 2018