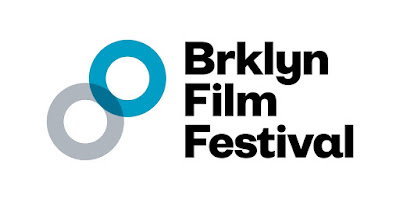 As with everything these days of Covid 19,  the Brooklyn Film Festival has gone on line. They are screening the films for free but you have to register to get access and they are being grouped into two hour blocks. Part of a recent press release read as follows:

"...all Brooklyn Film Festival films will play for free via BFF’s website for the whole duration of the festival, but viewers must first open a free account and can begin to pre-register [now] on the BFF website at https://www.brooklynfilmfestival.org/bff-audience-registration. The video server will be hosted by Vimeo. Audience voting will be limited to one vote per account. BFF will also organize parallel live events such as filmmaker introductions and Q&A sessions on the BFF website, Facebook and other social media"

They are running a lot of good and a few great  films so if you want to lose yourself for ten days I suggest you get yourself registered. (Hey I know I should say more but after singing its praises for a decade I don't know what else to say other than you know how good the festival is because I keep going back)

I know, now that you realize that you can access 140 films you are probably wondering which of them are good.  To be honest I have not had a chance to see everything, however I have seen a few and based on that might I suggest the following.

ALIVE- a wicked short film about a handicapped woman wanting to find love...or sex. Its a neat little film that becomes glorious in it's ending.

MR SAM- a young man has fallen in love...with a corpse. A wicked charming short film that I would love to see expanded. This was one of the best films of any length I saw in 2019.

LEWISTON is a short about two communities in the town of Lewiston and this is so good it needs to become a feature film.

MACABRE- based on a true case of murder and mayhem it follows a police officer sent to subdue killers known as the Necrophil Brothers.

HIGHER LOVE- one of 2020's very best films concerns a father trying to keep the mother of his child sober and out of trouble. It will move you.

THE BLACK EMPEROR OF BROADWAY is the story of Charles Gilpin who rose to prominence by starring in O'Neill's Emperor Jones. Shaun Parkes gives an Oscar worthy turn in the lead. It is a towering achievement and a must see.

FITNESS! or a Story about SWEAT is the second short film from Kana Hatakeyama.  Its a very funny look at one woman's quest to get fit.  It is also proof that s Hatakeyama is destined for great things.

Reviews start hitting tomorrow and will land through the festival.

For more details on the festival go here.
Posted by Steve Kopian at May 24, 2020

Email ThisBlogThis!Share to TwitterShare to FacebookShare to Pinterest
Labels: BrooklynFF 2020