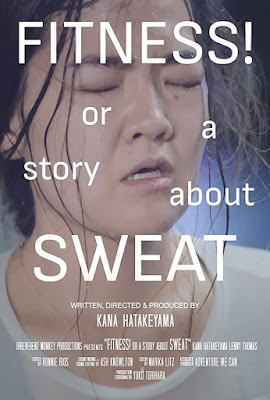 Kana Hatakeyama is insane. I mean that in a good way, but she is completely nuts. God bless her. I say this because the twists and turns of her film FITNESS! or a story about SWEAT which is playing at the Brooklyn Film Festival, are completely unexpected.

The plot of the film has a young woman named Lili deciding to to get into shape and going to work with a personal trainer. Where that ends up or how it goes is the film. I won't ruin what happens by telling you, I'll leave you to see it. (And you should)

While Kana has been working as an actress for years, I discovered her when I saw her first directorial film okaasan (mom) two years ago. The film was a deeply moving story about a young woman and her mother. It is an incredible love letter to her mom.(And if you haven't seen it do so it can be found on NoBudge, Directors Notes, and Future of Film is Female.) At the end of my review for that film I wondered what would happen in Kana was given a feature film  and after seeing SWEAT I have to renew my wondering. Kana is the real deal. Yes this is an often goofy comedy but there are moments here that, coupled with her work in okaassan, that make me think it's only a matter of time before she is in the running for an Oscar. Look at the the sequences between Lili and Lorenzo (played by Lenny Thomas).  Yes, the set ups are simple but how Kana presents them results in a physical heat that radiates off the screen. I know part of it is the performance of the actors, but at the same time there is something more. Kana frames them in such away for maximum impact.She did the same thing in her first film and I am certain she will do it again in her next.

Thinking about it I've come to realize that Kana is best when she is working with multiple actors. The work she does here with herself and Lenny Thomas is stunning, as is the work she did with her mom in her first film.  She is a director who when working with multiple actors pulls out performances and shadings that are unexpected. I say this because the sequences here when she is alone on screen, while funny are not as good as those with Mr Thomas.

You need to see this film when it plays at Brooklyn. You need to see it not only because it is laugh out loud funny but because Kana Hatakeyama is a great director.  She is a filmmaker of incredible talent and you need to get in  on the ground floor because she is going to be huge and an Oscar winner. 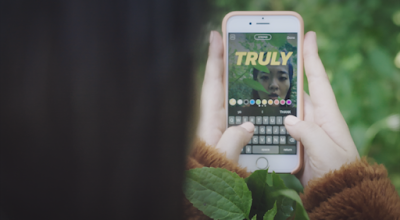