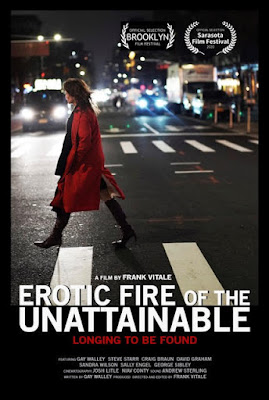 Full of lots of literary talk both about books but also between the characters this film is very literary and high brow. We are watching very erudite people talk about their lives, thoughts and the things they find interesting. It feels like a romantic riff on My Dinner With Andre.

While there most definitely is a heart beating in the film's chest there is some distance between us and the characters. The problem is the dialog feels like it was worked on and not thought of on the moment, despite according to a final note to the film, that the disalog was improvised. Seeing that flummoxed me because the words are a little too perfect and it kept me distance. At the same time part of me wants to find the circles where people actually converse like this.

Despite not giving myself over to the film completely I am looking forward to seeing the film again, if only to memorize some of the dialog.
Posted by Steve Kopian at May 28, 2020