I Will Make You Mine hits VOD today 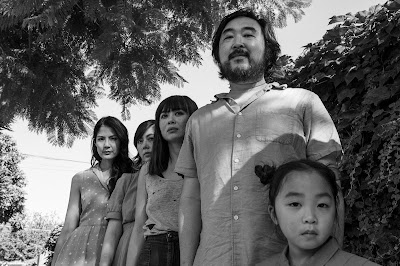 I WILL MAKE YOU MINE was supposed to play SXSW which was canceled. This is a rpost of the review that ran during its canceled slot at the festival

Lynn Chen's I WILL MAKE YOU MINE is the third part of the Surrogate Valentine Trilogy (following SURROGATE VALENTINE and DAYLIGHT SAVINGS). The film follows the intersecting lives of three women who all have past romantic involvements with singer-songwriter Goh Nakamura when he returns to town.

While the film is okay on its own terms the problem is that there is a sense watching the film of a back story just off the screen. Yes, Chen gives us bits and pieces of what went before but at the same time I kept watching the film feeling that I should have known more. There are details about Rachel, Ericka and Yea-Ming that seem to inform what they do that I don't have any clue about. In skimming some pieces on the earlier films I had the sense I would have liked this film better if I knew what happened earlier. With out the back story I never really felt invested.

One thing I did love was the music that fills the film. I loved pretty much all the songs and even when I wasn't loving the story I was happy with the music.

Is I WILL MAKE YOU MINE worth seeing? If you've seen the earlier films most certainly. If not the choice is yours. It didn't work for me, it may for you.