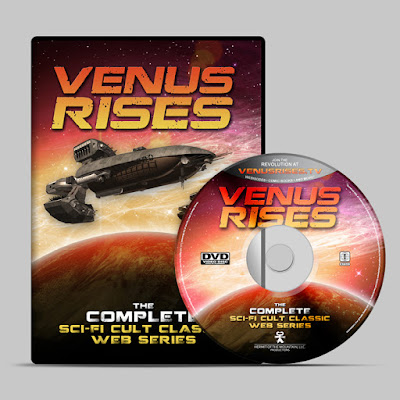 Excellent low budget science fiction film is unfairly lost to the ages. I picked up a copy of the series several years ago at NY Comic Con but only recently got around to watching it. I am now kicking myself since the series in infinitely better than the vast majority of direct to video scifi films I have encountered
Well written and good looking the series goes from start to finish. I really want to see what happens next... which means I'm going to have to break down and gt the comic books since the story continues there.

Highly recommended the series can be had on DVD or flash drive and can be found here. (it runs n hour total)
Posted by Steve Kopian at May 21, 2020