There are more episodes of "This is Not a Story About..." 📻 Forgotten stories of film history by Ted Geoghegan 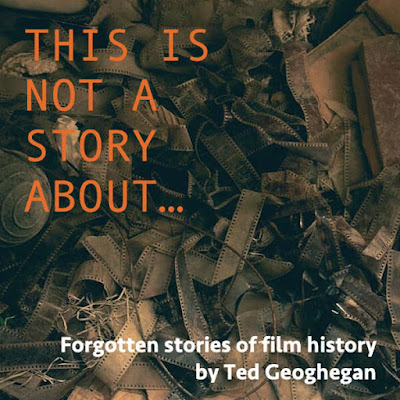 Film director, producer, raconteur, and international man of mystery Ted Geoghegan has turned out more episodes of his podcast THIS IS NOT A STORY ABOUT. After not talking about Disney and Bruce Lee he is back with episodes not on Bela Lugosi, MGM and  Friday The 13th

As I said in my original piece this is exactly like sitting in a room and listening to Ted hold the floor and spin out tales. And since I have been there and watched Ted talk I swear to you this is the way it is, except if you were in the room with him you could ask him questions which will have him go off on a tangent, and then give you dirty looks for messing him up.

Yea this is as good as socially responsible movie podcasting gets short of putting Ted in an hazmat suit and having him over for dinner.

You can find all the episodes at the following places