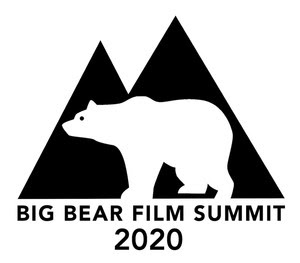 Los Angeles, CA (May 12, 2020) — The 1st Annual Big Bear Film Summit, announced the film lineup for the festival’s debut which will take place virtually on June 12-July 12, 2020. The inaugural edition will present 52 films (12 feature length and 40 short films and music videos). Created to encourage artistic production in and around Big Bear Lake, California, the Big Bear Film Summit made a quick pivot to the virtual space like many film festivals have done since March.

“While we looked very forward to welcoming filmmakers, film artists, and industry veterans to the beautiful locale of Big Bear Lake to enjoy and discover great films, have discussions about their work and about the art of filmmaking in this amazing setting, we all currently face the reality of the limitations created by the pandemic,” said BBFS Executive Director Michael P. Hanson.

BBFS CEO Gabriel Horn, added, “The priority with a film festival always begins and ends with the films and filmmakers, so while we will wait until next year to celebrate the art of independent cinema against the backdrop of this historically Hollywood-friendly area, celebrate those films we will. The debut of the Big Bear Film Summit will be a testament to the ability of the filmmaker to persevere.”

Highlights include the virtual world premiere of Noah Warner’s THE TRAP DOOR AT THE EDGE OF THE UNIVERSE about a private detective whose new case involving a priceless stolen heirloom is about to reveal a secret about himself he didn’t see coming, Mindy Bledsoe’s award-winning road trip drama THE IN-BETWEEN, about two women on the road together with different missions, and Lucas Astrom’s HARD PLASTIC starring Andy Dick and his real life daughter Meg Dick in a story about an aspiring disc golfer out to prove her self to her father after getting kicked out of the nest.

Documentaries include David Around’s THE ONE AND ONLY JEWISH MISS AMERICA, about Bess Myerson, the talented beauty queen from the Bronx, who faced anti-Semitism and closed doors at race-restricted venues which did not allow Jews, JT Bruce’s THE DEVIL’S ROAD: A BAJA ADVENTURE, about a group of adventurers set out across Baja California on a 5,000-mile journey to recreate the century-old expedition of two prolific and obscure naturalists, and Andrew Shebay’s WOKE THE MONSTER, about Army veteran Shawn Livingston’s struggle back from a heroin addiction, and facing a 20-year prison sentence, takes the challenge of a 100-mile trail race through the rugged terrain of the Appalachian Mountains to redeem himself.

U.S. Narrative Features Competition
BARNEY BURMAN'S WILD BOAR
Director: Barney Burman
Country: United States, Running Time: 98 min
A world where man is suddenly no longer at the top of the food chain. A small group of Geocachers -- modern day weekend treasure hunters -- go searching in the desert for a bounty left by an eccentric billionaire. Instead they end up being hunted by a mutant boar with an axe to grind. It's a race for survival and those who don't make it are sure to be served up for dinner.

HARD PLASTIC
Director: Lucas Astrom
Country: United States, Running Time: 67 min
An aspiring disc golfer (Meg Dick) gets kicked out of the nest by her loving father (Andy Dick) who is in the middle of dealing with his own mid-life crisis. Aided by her trusted friend; scratcher addict and caddy (Natisha Anderson), she finds a sponsor, throws an ace at the disc golf championship and proves to her father that disc golf is a real sport.

THE IN-BETWEEN
Director: Mindy Bledsoe
Country: United States, Running Time: 77 min
Two women set out on a road trip with different missions. Mads (Jennifer Stone "Wizards of Waverly Place") needs to renew her driver's license in South Dakota, while Junior needs to visit Portland, OR on a quest for her dead sister. Both women have medical issues that cause friction along the way, but they never let those problems define their identities. Mads is also keeping a secret from Junior, that could explode at any moment and ruin their journey.

TAKING TIGER MOUNTAIN REVISITED
Directors: Tom Huckabee, Kent Smith
Country: United Kingdom, Running Time: 76 min
In a dystopian future, American draft dodger Billy Hampton, 19 (played by a very young Bill Paxton), is brainwashed and programmed by militant feminists to assassinate the Welsh minister of prostitution. Lurching unwittingly toward his goal, he makes a series of furtive connections with societal outliers like himself, including a feral child, a gentle prostitute, a sadomasochistic delinquent, a lovelorn androgyne, a hippie dope dealer, and a mute nymphomaniac, while fending off predators who would sell him into sex slavery. Eventually, he is forced to focus on his mission and face the dreadful dilemma tormenting his psyche: to kill or not to kill.

THE TRAP DOOR AT THE EDGE OF THE UNIVERSE World Premiere
Director: Noah Warner
Country: USA, Running Time: 90 min
A Private Detective takes a case recovering a priceless stolen heirloom for a mysterious blonde Femme Fatale (Laura Wiggins). He is determined to catch the crafty Gagliano syndicate, who he is convinced has perpetrated the crime, right up until he accidentally discovers that he is a fictional character.


U.S. Documentary Feature Competition
THE DEVIL'S ROAD: A BAJA ADVENTURE
Director: JT Bruce
Country: United States, Running Time: 98 min
A group of adventurers set out across Baja California on a 5,000-mile journey to recreate the century-old expedition of two prolific and obscure naturalists. Their search takes them on a thrilling quest -by motorcycle, airplane, boat, and horseback- to recreate the historic, unprecedented expedition across Baja. Along the way, they bear witness to the vibrant culture and unforgettable people, endure the challenges of the road, and get a glimpse into this extraordinary place and its uncertain future.

KING OF BEASTS
Directors: Tomer Almagor, Nadav Harel
Country: United States, Running Time: 85 min
Aaron, an American hunter, enters the dark heart of the African bush, on a surreal neocolonial expedition, emulating 1000s of years of indigenous rite of passage rituals, as he hunts the ultimate trophy - the king of beasts. King of Beasts is an observational portrait that digs beyond sensationalism and politics, observing the facts and the many shades of the truth on the ground in Africa, in regards to wildlife and lion conservation efforts, amidst the ever-declining animal populations. With intimate access and never before seen footage, the film question man’s very nature, as well as our place in the animal kingdom.

THE ONE AND ONLY JEWISH MISS AMERICA
Director: David Arond
Country: United States, Running Time: 51 min
How Bess Myerson, the talented beauty queen from the Bronx, won the world’s most famous beauty pageant 75 years ago, at the tail end of World War II. The film follows Bess, the middle daughter of poor Russian immigrants, from her childhood in a one-bedroom Jewish housing project apartment through the suspense-filled pageant. On her 1945 Miss America tour, Bess faced anti-Semitism and closed doors at race-restricted venues which did not allow Jews. It is also a story of courage as her disappointment turned to determination, leading Bess Myerson to start her own tour to teach tolerance at high schools and colleges around the country -- a tour which launched her lifelong passion for justice.

WOKE THE MONSTER
Director: Andrew Shebay
Country: United States, Running Time: 57 min
18 months ago, Army veteran Shawn Livingston was strung out on heroin, battling PTSD and addiction, and facing a 20-year prison sentence. Now, he is preparing for the race of his life: a 100-mile trail race through the rugged terrain of the Appalachian Mountains. The prize: his family, his recovery, his redemption, his life.


International Narrative Feature Spotlight
GETMELOVEDUP.COM
Director: George Carson
Country: United Kingdom, Running Time: 101 min
Comedy drama set in Scotland. Two young adults embark on a rollercoaster ride involving internet dating. The two lead characters Sharon & Kevin are under pressure from friends and family to find a partner, so they are encouraged to sign up to GetMeLovedUp.com internet dating site. This leads to several different hilarious “dates” which they both find challenging. Egged on by their friends they continue their quest until their separate paths through this adventure finally come together. This leads them to a set of highly unexpected circumstances.


International Documentary Feature Spotlight
FATHER UNKNOWN
Director: David Quint
Country: Switzerland/United States, Running Time: 70 min
Captured on a camera phone as it happened, FATHER UNKNOWN is the true story of a man’s struggle to face the emptiness he carries inside. Disconnected from the people closest to him and haunted by the secrecy in his family, he records his desperate search for connection on a journey with the father he's never truly known.

ALL THAT YOU LOVE WILL BE CARRIED AWAY
Director: Thad Lee
Country: United States, Running Time: 29:29 min

FINDING FREEDOM
Writer: Bristol Mac Donald
Emma Wilson is a timid young woman who escapes a violently abusive relationship and returns to her family’s remote horse ranch where she hopes to find refuge, but tensions run high when she is reunited with her brother, a volatile bully and the reason she left home years ago. Prepared to flee once again, an unexpected kinship with a traumatized mustang helps Emma to confront her past and overcome her deepest fears.

FOREVER YOUNG
Writer: Jason Lor
A young man from ancient times is granted immortality until he finds his true love, no matter how long it takes.

LAST THURSDAY
Writer: Kevin Machate
When Dennis got up this morning, he wasn't expecting that his bank would be robbed by a bunch of witless goons, or that they would take him hostage, but hey, it's Thursday so it's almost the weekend, right?

MY MISSING YEAR
Writer: Stephen Foster
A coming of age dramedy set in the backwater town of Bedford, Texas in 1979. Stephen a socially awkward, asthmatic, 11-year-old boy, lives with his mother, Patricia, and sister. Patricia’s attempts to make a better life for her kids uproots them and Stephen is separated from both and begins his odyssey of missing a year from his life.

SAINT TITUS
Writer: Dan Bowman
John Titus, a young conman, upon being forced to flee the states by a local mafia family, begins work for a children's charitable organization in India. Through his skills in extortion, he's able to make it the largest charity in Eastern Asia. But with prestige comes unwanted attention from governments, rivals, and the mob.

THE CANARY PROTOCOL
Writer: Michael McDonald
A young lady's curse of being able to see when someone is about to die is ruthlessly manipulated by a rouge CIA agent. A strange turn of events leaves the young lady in a desperate battle to save her own life.