Tribeca2020 Coda: The shorts TANGLED ROOTS and GLOVES OFF 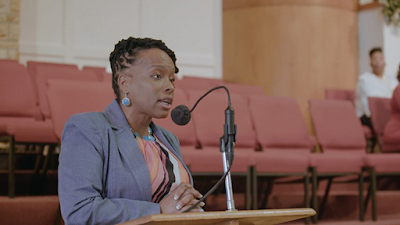 TANGLED ROOTS
Kentucky State Legislator Attica Scott takes steps to stop African Americans from being discriminated against purely on the basis of their  hair style. The quest came after her daughter was told that she natural hair was unacceptable at her prep school.
This is a solid film about a form of quiet racism that I don't think most people have ever considered. 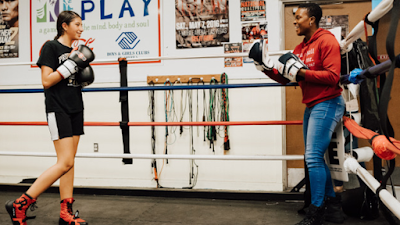 GLOVES OFF
Gold Medalist boxer Tiara Brown is an African American boxer left Team USA because despite winning Gold after Gold no one paid attention to her she is black. Refusing to put up with the lack of attention which was directed at good looking white women, she left the team, became a cop and worked toward becoming a champion professional fighter, all while helping young women looking to box.

Being a long time fight fan I completely understand Tiara's frustration. The media doesn't care about female boxers unless they are white (or are related to Muhammad Ali). Its a shame because there are a lot of great fighters, like Tiara who deserve to be highlighted.

GLOVES OFF is a solid documentary. It rightfully highlights a young woman looking to not only find her place among boxing's elite but also trying to pull up anyone who she can. The film is good enough that I would love to see more on all aspects of Tiara's life.
Posted by Steve Kopian at May 15, 2020