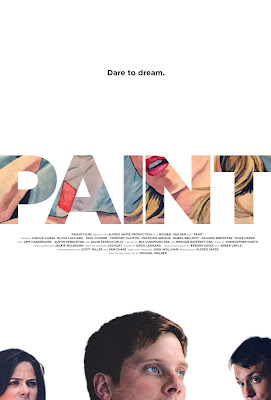 I'm not a decent  human being, I'm an artist.

PAINT started out as a pilot for a TV series in 2018 and then was refashioned into a feature film. Its the story of a group of friends from art school who are struggling to make their first sale and hit it big as they quickly realize that the art world isn't remotely romantic.

An okay script is helped a great deal by a first rate cast. The cast sells the action and makes you want to keep watching because we like the characters they have created.

The trouble here is that the writing while good, isn't as sharp as it should be. While I'm not certain how the series was supposed to go, I can get a pretty good idea what it would have been since each of the story lines feels like it it could be broken off for an episode of a series. Yea characters cross through, but largely this feels like it's something made for TV.

While never bad, it's never great. It never surprises. I liked it, but nothing more than that.