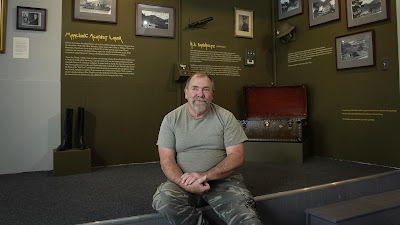 A revision of the history of West Virginia from an economic stand point. No longer was the state cut off from Virginia because it supported the North in the Civil War, rather it was sold to big business by Lincoln for support of the Northern cause. Additionally all the moves that have taken place are do to the demands of the coal industry who want to keep their workers cheap and uninformed.

Good, if preachy look at the history of a state that is fighting for its life. As the coal industry tries to save itself and fracking is coming to town many people are trying to save their state from destruction. It's an eye opening film that puts things in to context and makes you thing about the hands controlling events in the state. As is pointed out it isn't the EPA that is the problem its the coal industry that refuses to change or see that it is a dying dinosaur.

If you can get through some of the overly passionate narration, this is a really good look at a place most people don't really think about and the destruction big business is causing inside it.