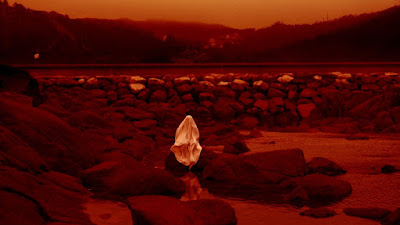 Wednesday the annual New Director New Films starts and it runs through December 20th.  The festival was supposed to run last spring but a couple days into the press screenings the festival was postponed as Covid closed the world down.  However the festival was not to be denied and it has come back to life and the now virtual event is hitting  for 12 days of cinematic madness. Okay this is New Directors New Films so it won’t be too crazy but it will have a lot of great films. The festival this year has some great films in it and you should prepare yourself for some really wonderful viewing experiences.

One thing you should be aware of, is since the festival has moved over pretty much intact from the spring, some of the films have played other festivals. Time and tide didn’t allow for the films to wait to première so you may have seen some of the films elsewhere. If you haven’t seen some of the previously screened films here is your chance to catch up with them since films like BABYTEETH, COLLECTIVE and MOLE AGENT are some kick ass films you want to see.(My reviews below)

As for the rest of the selections, pick a few and graze.  I recommend pretty much everything I’ve seen. While some films like ATLANTIS or RED MOON may loose a little bit by not getting to see their visuals on a huge screen, they are still kick ass films.

I have also seen TWO OF US which is France's entry for the Oscars. I am restricted in how much I can say about the film, they asked reviews the February release. I can say that you'll want to see this film. Barbara Sukowa and Martine Chevallier give two of the year's best performances as two older women who have been in a loving relationship for decades without their families ever knowing. From the opening moments to the final fade out these two women create a love that bleeds off the screen and into your heart. It will move you to tears in all the right ways. Trust me on this these two ladies give an acting masterclass.  Highly recommended.

Reviews started appearing earlier today with a repost of a piece on the excellent IDENTIFYING FEATURES which I saw at Sundance and will run through the fest.

Email ThisBlogThis!Share to TwitterShare to FacebookShare to Pinterest
Labels: ndnf 2020