Nightcap 12/6/20 The next few weeks, no Unseen Films Awards this year, brief word on the whole Small Axe Anthology, The Unexplained podcast 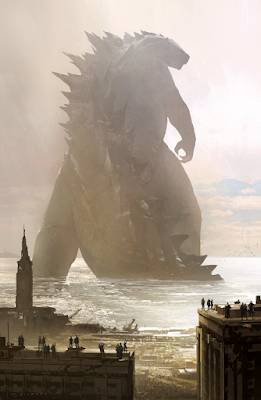 As the year winds down some random bits of housekeeping and such.

While there is going to be a lot of  festival coverage through the middle of the month, things are going to change up and I will, hopefully be filling the final half of the film with catch up pieces of films I missed earlier in the year. I know that there is a lot of new stuff coming out but right now  I am so tired of having my attention directed that I am going to take a pass on anything that doesn’t instantly thrill me. Additionally I am already getting questions about coverage of Sundance and Slamdance. Before I dive in to more festivals I need to watch some stuff for me.

It’s official there will be no Unseen Film Awards this year.

Everyone I know feels they are way behind in their film watching. No one has seen either the same amount of films or even the same films. There simply isn’t enough in common to attempt it.

I am trying to work on a piece highlighting the best film related stuff that Oscar should notice. If you have any suggestions let me know.

I have finished Steve McQueen's Small Axe Anthology and it was a wonderful experience. My reviews of MANGROVE, LOVER'S ROCK, RED WHITE AND BLUE, and ALEX WHEATLE are posted. My review of the final film EDUCATION is coming. While I have quibbles with it it magnificently ties up the series and ends on a note that will make you get the right sort of weepie.

If you can, take the time and watch them on Amazon. While some will strike you as better than others the over all package will move you. (The end of EDUCATION still makes me cry several days on)

Going off the cinematic road- if you want a really good podcast that reasonably and rationally discusses UFOs, paranormal stuff, science and conspiracies then try Howard Hughes' THE UNEXPLAINED.

Hughes is a reporter in the UK with a love of off the beaten track subjects. Since he is a reporter he knows how to interview and investigate with the result the discussions are never off the deep end, unless the guests go there, and then Hughes will challenge them.

Right now he is at 499 episodes, not including a few short special programs and everyone that I've heard is good. I've heard shows on the Titanic, Gerry Anderson's TV shows, UFOs, Bigfoot, ancient Egypt, the making of documentaries, 911, Vampires and one or two more. I can't wait to really dive in.

I highly recommend it. (It can be found here)

Lastly I want to announce I'm going to bring back these nightcaps as a regular feature come the new year. I am finding that just throwing stuff out about the site, about movies and without having to try and figure out if it fits feels right. Its a lot of work and I know the readership can be all over the place but they tend to be fun.

As part of it I'm going to be also trying to run commentaries and essays on a variety of subjects because partly I am finding I have stuff I ant to say and because in talking with my friends I'm finding they have stuff thy want to say too. Besides in looking over some of the old ones I find that some of my best pieces are the essays I did.