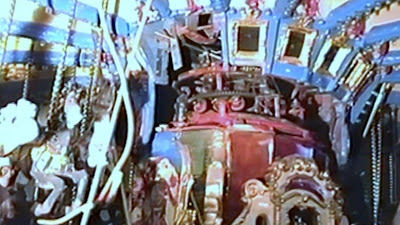 THE CAROUSEL MAN
Portrait of Sal D'Incecco who built a one fifth scale carousel in his garage. This is a good if overlong look at one man's obsession. I'm kind of torn about the film in that I am interested in the making of the model, but a little bit of  D'Incecco goes a long way. Frankly this could be trimmed a bit and not lose anything. 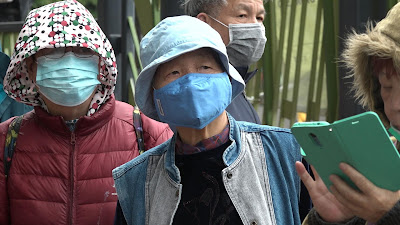 IN WANT OF A MASK
In Hong Kong, thousands of elderly people line up t get free government supplied masks.
Infuriating and heartbreaking record of the desperate measures people in Hong Kong had to take just to get a mask to be safe from Covid. One of the best films at the Chain Film Festival and an absolute must see. 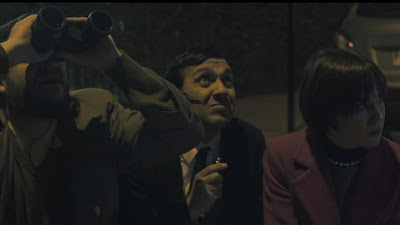 LAST UFO
An investigator for UFO agency wants to see proof of a real UFO before he dies, his friends try to make it happen. An amusing little film 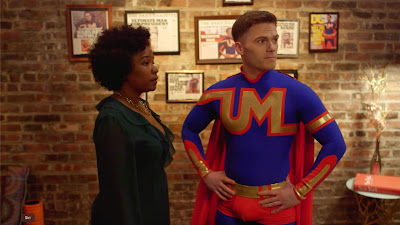 LO: THE NEW ADVENTURES OF ULTIMATE MAN'S EX-GIRLFRIEND
Lo,  tries to move on from dating a superhero. An uneven comedy about the pain of interacting with superheroes. There are are some brilliant pieces here(trust me the whole Superman/Lois Lane relationship is punctured hysterically), but there are some clunky bits linking them up. It's funny enough in the pieces to definitely worth a look, just be forgiving. 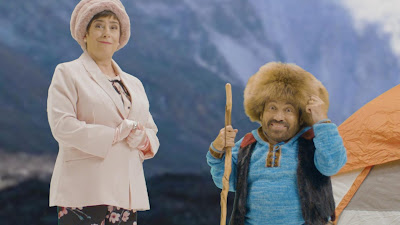 N'EVEREST
A documentary show host interviews six idiots trying to climb Everest. This is an okay comedy about idiots doing things that have no real right to do. Its funny but too over the top and would have been better in a shorter form where the best jokes could concentrated.
Posted by Steve Kopian at December 02, 2020