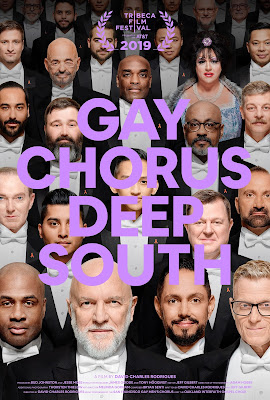 One of the truly great films of 2019 World premiered  at the Tribeca Film Festival, GAY CHORUS DEEP SOUTH is glorious celebration of the human spirit to build bridges and change minds and reconnect ourselves.

The film follows the San Francisco Gay Men's Chorus as they make a tour of the Southern United States to the places that have the worst laws against LGBT people. They are joined by the Oakland Interfaith Gospel Choir. The plan is build bridges between people through music.

I have no idea what to say. This film put me somewhere beyond words as tears streamed down my cheeks. The real raw emotions of the men and women touched me deeply as they explained their pain, their fear of going back and the joy of reconnecting with families they thought might have been totally lost to them. No, things are not one hundred percent better but doors are cracked open. 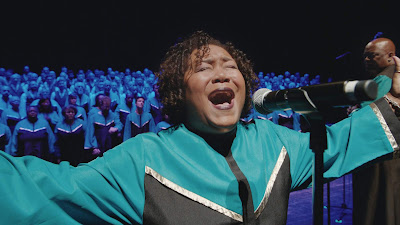 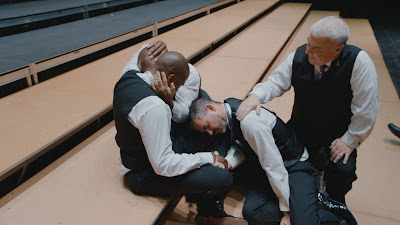