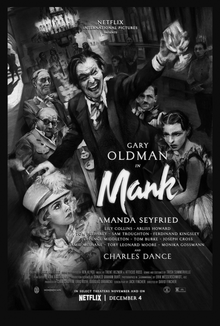 MANK
Slick and flashy retelling of the making of CITIZEN KANE from the stand point that Herman Mankowitz was the brain behind it all and pulling from his time hanging with William Randolph Hearst. Its a film that is so in love with itself and it's cleverness that it feels unreal and soulless. It's a story that's been told before and better. A miss from David Fincher 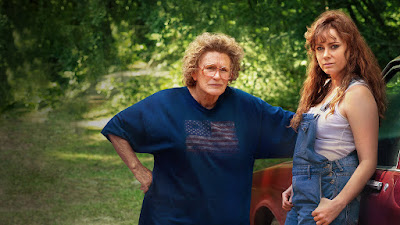 HILLBILLY ELEGY
A young man reflects back on growing up in Kentucky with his family after his mother overdoses on heroin. Great performances are wasted on a story that feels like it's something that should be on Lifetime, which is odd because this is, nominally a true story. On the plus side the performances are great and perhaps Glen Close will get an Oscar
Posted by Steve Kopian at December 21, 2020