Chain Film Festival Shorts: ON THE BRUHL, RETURN OF SPACE GIRL, STATUE ISLAND and TERROR AND HOPE THE SCIENCE OF RESILIANCE 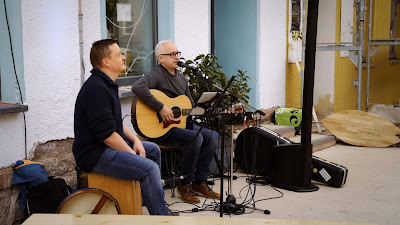 ON THE BRUHL
Barry Sloan, an Irish pastor living in Chemnitz, Germany has started Inspire, a comunity center in a city in the heart of the Neo Nazi movement. The idea is to create a place where people can find a connection so that they can end the hate. Glorious film about good people do great things. Wow wow and wow.A magnificent must see. One of Chain's best films. 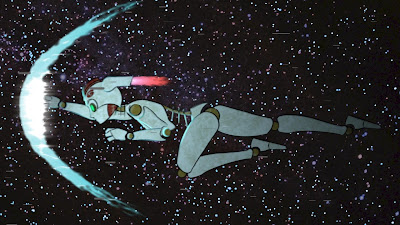 RETURN OF SPACE GIRL
Space Girl returns from space after five years to teach humanity a lesson. This animated musical driven by the music Bad Mary will either  thrill you or make you want to turn it off. I'm mixed on the film. I love the music, I love the animation, but I don't think they work together. While the music is good the lack of any real variation from hard driving rock and roll works against it as a narrative. As a music video its fine, as a narrative musical it gets monotonous. 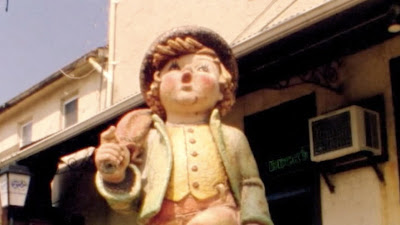 STATUE ISLAND
A look at statues on Staten Island. It's an interesting short film that most of us wouldn't notice otherwise. Recommended 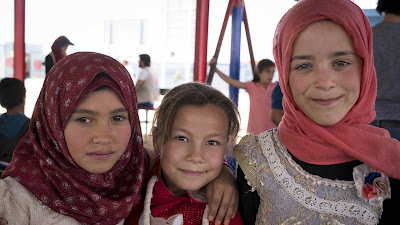 TERROR AND HOPE: THE SCIENCE OF RESILIANCE
A look at the toxic stress put upon kids and families in Syria and the efforts to lessen it so that refugees can come back to normal. This is a good look at something that most other documentaries and news reports only touch on, namely the monstrous level of stress put upon the refugees who ae just trying to stay alive. While coming across as a bit too  clinical this is still and important film.. Definitely wrth a look.
Posted by Steve Kopian at December 03, 2020