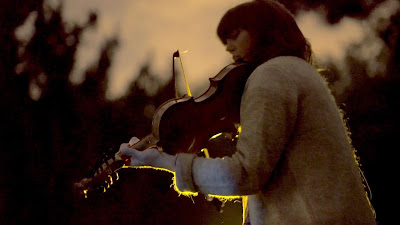 David Rothenberg and his friends work to create music that has human's duetting with nightingales.

While the film can be a case of incredibly self-centered naval gazing as Rothenberg and his friends try to explain what they are doing, you really don't care because most of the film is simply the music made by the musicians and birds. There is some great stuff here  and I found that I was playing sections of the film over and over again simply because the music was so good.

If you can forgive the pretentious talk,  then this film will reward you with some amazing music.