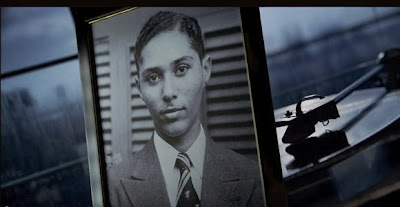 Going into the Stuart Hall Project I had no idea who he is. Coming out of the film I still have no clue who he is.  Not only don't I know who he is I have no clue as to why anyone would want to make a film about him or what his position is on anything.

Blame the filmmakers, who have crafted not a documentary but a tone poem made up of clips from programs he worked on out of the BBC archive.  Its all joined together with Miles Davis recordings.

I have no idea what the point of it is and apparently several people who left the screening at the same time I did didn't either and they were fans of the Hall's.

I feel bad calling this the least film in both this years and last years DOC NYC especially since I saw the film right after telling one of the programmers how well the festival is put together, but  on the other hand, I hadn't seen this film. This is the first time in two years at DOC NYC I had to question why a film was in the festival.

Avoid like the plague
Posted by Steve Kopian at November 19, 2013

Email ThisBlogThis!Share to TwitterShare to FacebookShare to Pinterest
Labels: biography, DOCNYC 2013, documentary, England, not worth the effort