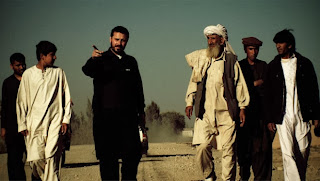 There's an odd feeling I got while watching Dirty Wars, and it had less to do with the material and more to do with the approach to the material. It's an important movie and one worth watching because of its informative exploration of flawed US policy in the war on terror, but I'm not quite sure if I'd call it good. But some things are worth watching even as flawed as they are.

Directed by Richard Rowley and based on book Dirty Wars: The World Is a Battlefield by journalist Jeremy Scahill, the film explores what many already knew or suspected: small-scale military strikes in Afghanistan, Iraq, and other parts of the world have led to the deaths of innocent civilians rather than strategic terrorist targets. Rowley and Scahill start at what seems like an isolated incident involving a raid on the home of a family in Afghanistan. Among the dead: two pregnant women. None of the people killed by this government-sanctioned strike force were terrorists. From here, the story broadens, deepens, and paints an uglier picture of US covert operations than I originally had. 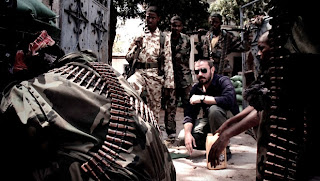 The material of the documentary is so solid and so urgent now that Joint Special Operations Command (JSOC) is well known following the successful operation to kill Osama bin Laden. Yet the death of a high-profile target doesn't discount the grieving relatives of innocents on screen. Their reactions suggest a new generation of terrorists being born because of the screw-ups of American intelligence in an attempt to quash global terrorism. The irony is painful. Some military personnel consider these civilian deaths acceptable losses even if there are far too many to be acceptable.

But then there's the approach to Dirty Wars. As a journalist, Scahill was integral to exposing JSOC screw ups, but he gets in the way of the story in the documentary. Rowley uses Scahill as the film's main character. It's Scahill's narration that moves the film forward, it's Scahill who gets the final words. Scahill becomes too much. He winds up a Morgan Spurlock figure when this movie and its material seems like it should be above this sort of overtly memoiristic non-fiction filmmaking. 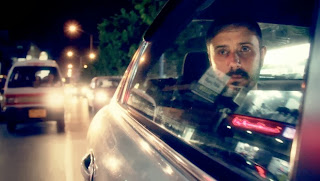 For example, there's one segue sequence that shows Scahill back in the United States after being in Afghanistan. He talks about his obsession over the raid that left innocent civilians dead. We watch him go to a bodega to get food. He walks around his neighborhood ruminatively. A small moment like this is fine, but there are too many small moments where Rowley lets Scahill be the story rather than a vessel to explore the story. There's a careful balance that could have been struck but that's missed to the detriment of the film.

And so while I was engaged by Dirty Wars' exploration of unconscionable abuses of covert military strikes, I was simultaneously put off by the man who helped bring these offenses to light. We watch Scahill at an editorial meeting at The Nation, we hear him opine about the silly bloviating on news shows (warranted, but not necessary in this film), we watch him get coffee at a neighborhood pizza place, he looks up material on his iPad, we get multiple reaction shots of him, we watch him taking notes. Scahill should be on screen, but dialing him back would have served the real focus of Dirty Wars. 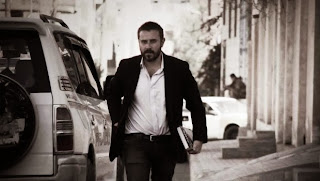 Had it not been for the Scahill overload, I still would have been shaky on the slick, Tony Scott-like presentation, which is more a matter of taste. Certain scenes are shot with a paranoiac vision, as if someone (who wasn't the camera operator) was snapping intelligence photos from the distance. There's also a scene where Scahill meets an inside source in a movie theater. They have a conversation while a film plays in the background out of focus. It's a moment too manufactured for me to believe as actual interaction even though I'm a subscriber to Werner Herzog's "ecstatic truth." But yeah, I'll admit, it does look stylish.

The coda of Dirty Wars returns to the people whose lives were directly affected by these killings, and it might be the best example of overwrought style and too much emphasis on Scahill. In the narration, Scahill mentions how this experience changed him. Yes, him. Something like that doesn't need to be stated outright, and probably shouldn't have been given how it makes me feel about Scahill in that moment. The fact he's the narrator is an implicit "I," the fact he's driven by this story enough to write a book and make a film is an implicit sense of changed purpose or outlook. Scahill's important, but he's not the story. Besides, this coda is redundant with the real end of the film. Though understated and not artfully done in black and white, that moment is about someone else, a victim. Their tragedy is the story.

Dirty Wars is screening as part of DOC NYC at SVA on Saturday 11/16 at 11:15am. Jeremy Scahill and Richard Rowley are expected to be in attendance.
Posted by Hubert at November 13, 2013