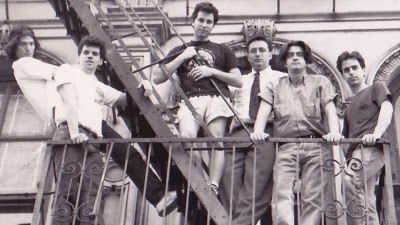 There was something great about coming of age and becoming a movie nerd in the 90s. There was the rite of passage working for a movie retailer, and there was the thrill of the hunt at mom and pop video stores. More importantly, there was the indie boom of the 90s--when Sundance was for obscure gems rather than an early launchpad for prestige releases, when that slew of new films and filmmakers seemed adventurous and fresh, when "indie" (or "indy") still meant something as magical as a phrase like "college radio."

In Whitney Ransick's documentary Misfire: The Rise and Fall of The Shooting Gallery, it's as if the whole of the 90s is condensed into the 10-year history of the production company. We get the boom of indie film and the boom of the internet, and the twin stories of the decade careen out of control and crash--the tech bubble bursts and takes The Shooting Gallery with it while the indie bubble goes through an irreversible metamorphosis. Misfire is the sign of the times, and yet there's a common tension that recurs in all stories of artistic endeavor: the creative people vs. the money people. 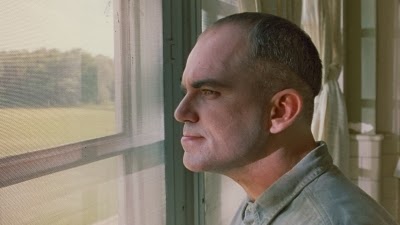 Started in 1991 by a group of film students from SUNY Purchase, The Shooting Gallery is probably best known for three films: 1992's Laws of Gravity, 1996's Sling Blade, and 2000's You Can Count On Me. It was the premiere New York arm of 90s indie filmmaking. The primary mover on the creative side was Bob Gosse; the primary money mover was CEO Larry Meistrich. Ransick was also part of The Shooting Gallery when it began, though he'd leave the group after a few years.

Misfire goes through interviews and old footage of The Shooting Gallery, and we get to see the players speak then and now. Well, most everyone's there except for Meistrich and his friend/CFO Steve Carlis. It's a given why they declined to be interviewed for the film once you find out how The Shooting Gallery went kaput. I wouldn't want to talk about it either, though it's a shame we don't get to hear from them. 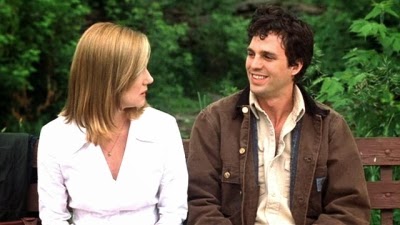 In some ways Meistrich is the de facto villain of Misfire. Rather than focus on filmmaking, he tried to turn The Shooting Gallery into some nebulous media conglomerate. It was the 90s, and "dot com" had a far more mystical allure than "indie" and "college radio," even though no one knew for sure what The Shooting Gallery's media wing was really up to.

As someone pointed out in the Q & A after the screening, Meistrich was a little different than some money men involved with production companies. He never tried to tamper with certain movies directly and allowed the filmmakers a lot of creative freedom. But to that, Meistrich greenlit some less-than-stellar films as attempted money grabs. Ultimately, it was his attempt at expansion that grounded numerous film projects that The Shooting Gallery could have gotten off the ground. 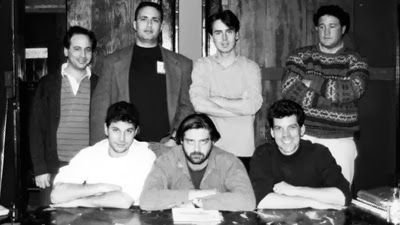 There's a genuine sense of nostalgia for the 90s in Misfire, which makes sense given that The Shooting Gallery is where and how Ransick, Gosse, and many others in the film got to where they are today. The incidental music in the doc reminded me of stuff I'd hear in a Starbucks back then--a bright and inoffensive acoustic pop rock. Hal Hartley gets noted and appreciated (as he deserves to be). Gosse was living with Parker Posey at the time (a fellow SUNY Purchase alum). While she isn't an interview subject in the film, she's on screen for a few moments, and Posey may be the Platonic form of the 90s indie It girl.

I couldn't help but sense that The Shooting Gallery was a kind of club house and a posse for its core group, even at the end of its life. It was a scrappy gang who did it and blew it and are now able to look back fondly at the decade. Maybe its that nostalgia that allowed me to find weird patterns and correspondences in the story of The Shooting Gallery and the decade as a whole; maybe personal stories can't help but reflect the over-arching story of the period in which they occurred. Misfire is like the high school year books of the 90s indie boom.
Posted by Hubert at November 27, 2013