Some reviews of the short films contained in the DOC NYC short film collection Obsessions which plays on November 20th.

ATOMIC DREAM
The story of physicist Freeman Dyson and his connection to Project Orion, a plan conceived pre-NASA and in the post Sputnik world which would send a space ship to the star using atomic bombs as it's engine (they would be dropped in rapid succession and the blasts would drive the ship forward).

Wonderfully weird head trip back to a time and place when even the smartest of us could dream of doing things which in retrospect seem like a really stupid idea, I mean launching a space ship via a rapid series of atomic explosions is a dumb idea. At the same idea back in the late 1950's it was a real possibility.

I'm both horrified and amused that they would consider doing this, but considering there were plans to dredge deep water harbors using atomic bombs at about the same time it doesn't surprise me. As a kid  I loved anything space and I suspect had I known about Orion I would have loved the idea. Fortunately the plan never made it very far, but it's still really cool to ponder.

As for the film, its a great deal of fun. Its one of those walks into another time and place and full of what if... Its a wonderful little trip that's worth making the trip to see. 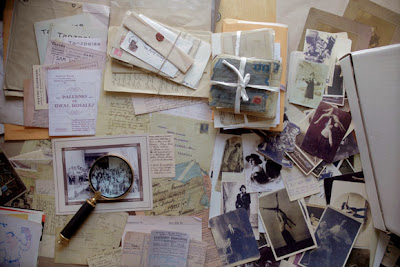 DERBY AND GROMA
Part documentary part essay about the search for two performers, Derby and Groma, who are pictured in hundreds of photos that were found on an Argentine street. The film then morphs into an examination of preserving the past and the importance of photos.

Unexpected twists and turns make this film a wonderful delight, less a film about answers (we never learn who the people are) the film is constantly raising questions about how we remember  and who is keeping those memories.

To be perfectly honest I wish I had seen this film with some friends because I know the questions it raises would have been good for a couple hours of conversation of coffee and desert.

Another must see at DOC NYC simply because it will give you plenty to think about.

One of my favorites of the festival. 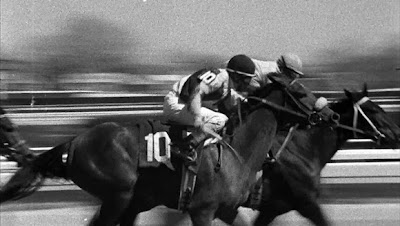 TANGO
Moody black and white portrait of people at a race track who discuss why they go to the races. This is a good but trivial little film. 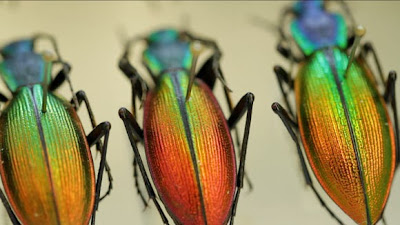 BUG PEOPLE
Amusing look at bugs and our aversion to them is definitely not for people who don't like bugs because the film is full of them.  The discussion is lead by director Paul Meyers who talks to an exterminator, a chef who cooks with bugs and a scientist who studies them in an effort to find out why he and we are afraid of the nasty little beasties. A nice little look at the subject, the film often trades laughs for deepness, which is good since some of the photography might send bug haters running for the exits. Worth a shot. 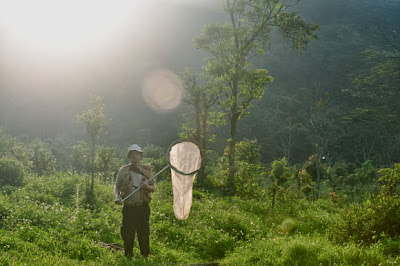 FLUTTER
Perhaps the most perfect marriage of sound and image at DOC NYC, the portrait of a butterfly collector is also one of the best films at the festival.

I don't know what to say but WOW is a good start. The story of John, a 76 year old collector who reconnected with his childhood love in retirement is simply put a true thing of beauty. Matching the beauty of John's obsession this film perfectly evokes a mood or a feeling and best of all a glorious sense of wonder. Its the cinematic equivalent of John's statement about being so taken with butterflies some times that he is unable to catch them.

I am unable to describe the wonders and if given the chance I would simply press a copy of the film into your hand and have you watch it. While that may not be an intellectual review, it is an emotional one.

Consider the film pressed into your hands. Go see it when this plays on Wednesday.
Posted by Steve Kopian at November 16, 2013