Hereare some reviews of the films that are playing Saturday at DOC NYC's short film collection MAN and BEAST. 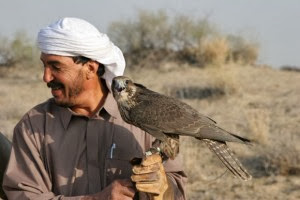 DISARMING FALCONS
A look at some men from across the Middle East who use falcons to hunt the Houbara Bastard in Pakistan.

My interest in the film was to see how close it played to FEATHERED COCAINE which was a film on how falcons from across the world are being poached around the world to feed the love and desire for the birds in the Middle East.  This film is very different and largely deals with the falconers love of the sport and the birds. What I like is that we get to see the beauty of the birds and the love the men have for them.

This is a good little film that cries out for a longer discussion of the subject. The problem for me is the intertesting stuff, the discussion of the birds coming from captive parents (they have their own passports) and the reintroduction of mating pairs into the wild where they are growing scarce, only pops up at the end and deserves more than a two minutes of discussion. There's a feature in that alone. Reservations aside this is a good little film


PAST THEIR PRIME
A look at geriatric zoo animals at the Columbus Zoo, especially Colo, the oldest gorilla in captivity.

The short version of the review is if you love animals, especially gorillas, this film is worth the time and effort to go see it.  A wonderful look at the problems of getting older in animals, its clear that the problems that plague us humans are also afflicting the animals in zoos as well.

This is just a really cool documentary that shows many of the problems that zoo keeper face in keeping their charges alive. I mean,did you ever think you'd see a rhino getting his teeth brushed? I didn't and there was something about it that made me smile and laugh.

Apologies for not writing more but my over riding desire is simply to write This is really cool, you have to see this. and leave it at that. The problem is I can't get the proper inflections into the written word.

Ultimately though, this is really cool and you have to see it.. 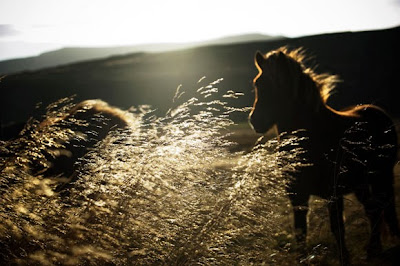 HERD IN ICELAND
A portrait of the rural communities and their horses in Iceland. Every spring they send their horses to graze wild in the highlands and then every fall they go back up and collect the horses. They do this in large part to protect the low land grounds from the grazing horses.

A wonderful portrait of a country, a society and a way of life that may disappear. Its one of those times where words kind of fail me and all I can come up with is my fall back for the DOC NYC shorts: This is a really cool film. How cool? This is one of those films that magically takes you somewhere else somewhere unexpected and teaches you something you never knew you didn't know. (And it also has a bunch of guys singing an Edith Piaf song in Icelandic)

Go see this. Really go. You'll want to see this just for the beauty of the horses and of Iceland. This is a great looking film that really should be seen big. Hell when I finished seeing the film I started to ponder how much flights to Iceland were.