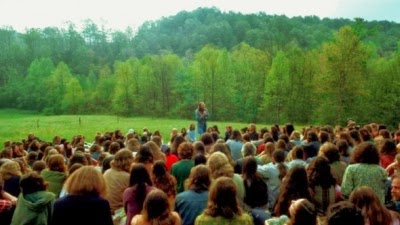 Communes have fascinated me for years, though I haven't done as much research on them as I should. The utopian ideas behind communes have been the main intellectual draw. I'd never join one myself, but I do admire the underlying impulse to create a collective and be part of it even though it's bound to collapse after surpassing a sustainable number. These are temporary enclaves, temporary families or extended families, and yet the larger sense of community tends to outlast the actual community itself.

That's a broad stroke version of what I felt watching American Commune. Co-directed by sisters Rena Mundo Croshere and Nadine Mundo, the documentary goes back and forth between memoiristic moments and a broader examination of The Farm, a collective community in Tennessee started by Stephen Gaskin in 1971. The two sisters were born and raised there until their teenage years, when they eventually left. Throughout the film, we hop back and forth in time while also examining a very personal family history and how it intertwines with the history of this larger commune-as-family. 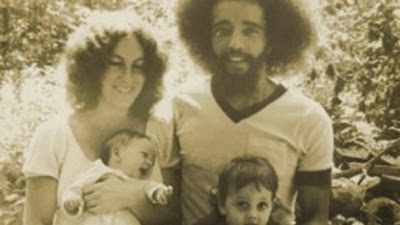 It's an interesting parallel history since the filmmakers' mother was one of the original members of The Farm when it began. The group was intended to be self-sufficient and took all comers who arrived. Growing up on The Farm had lasting effects on the nature of the sisters' immediate family as well as their perception and feelings about the world. The sudden integration of people who are used to one way of life suddenly being immersed in the thick of the 1980s could comprise its own doc. Instead, Rena and Nadine shoot through the differences by an immersion in the commercial culture of the time. It's so drastically different of what's seen at The Farm that it gets the point across, though I'm still curious about the adjustment period, especially for teenage girls.

Much of American Commune is driven by intimate home video footage that serves the personal family story set alongside extensive footage of The Farm from various reports through the years. There's something equally fascinating in the film footage taken at The Farm, the family video footage taken after leaving The Farm, and the TV clips of people outside The Farm looking in. Phil Donahue seems befuddled as he interviews Gaskin and other Farm members, and they seem defensive in response. 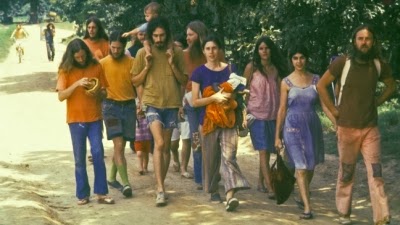 For the first quarter or third of American Commune, the material didn't quite click with me. It was watchable, but it seemed like the shape of the material was a little off. In some ways, it was as if the film was trying to find the right balance and voice as it negotiated the family history and the history of The Farm as well as the hops through time. In retrospect it makes sense to start where the film starts. Rena and Nadine worked for MTV, and we see them shooting footage for My Super Sweet 16, chronicling the height of ugly, opulent, 1% excess and privilege. By going to The Farm by contrast, we see not just a place driven by ideals about sustainability but a higher-minded ideology driven not by mere materials but by a real sense of honor in toil.

When American Commune finally clicked, it became clear how these notions of family and extended family function together. The footage in which Rena and Nadine return to The Farm also resonated more as the film continued, revealing a new ideas about home and family. There's a surprising poignancy as the documentary draws to a close, and it's all related to this idea of the families we live in and the families we create. Maybe that's the reason communes fascinate me so much and why American Commune wound up touching me the way it did. It comes back to an apolitical ideal I sense in communes: they offer a reprieve from feelings of loneliness and isolation. While one may feel homeless and alone in life at times, there is an idea of home an there is an idea of family, and these ideas persist.
Posted by Hubert at November 27, 2013