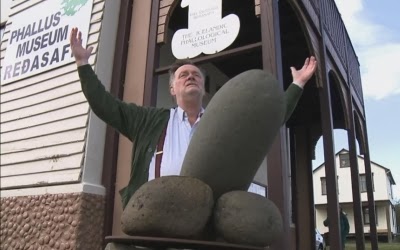 Men have strange relationships with penises. Or maybe it's just society in general. Case in point: I just wrote the last two sentences with a childish smile on my face. Another example: in Husavik, there's a place called the Icelandic Phallological Museum. It's the world's premiere dick repository. Founded by Sigurður Hjartarson in 1997, the Icelandic Phallological Museum features 280 penises preserved in formaldehyde, including specimens from hamsters, polar bears, walruses, and whales. For the longest time, Hjartarson's collection was lacking its crown jewels: a human penis and testicles. 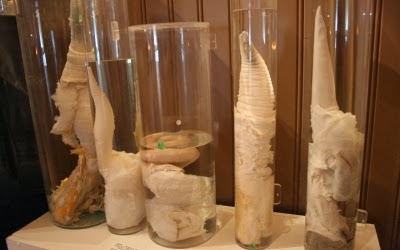 There are two men who want their tallywackers to become enshrined in the Icelandic Phallological Museum. Yet there can only be one. I don't want to say too much about these fine specimens since the joy of The Final Member is watching this dick-wagging match play out over the course of the film. I will simply say that there's a man from Iceland of advanced age who's lived a storied past. There is also a middle-aged man from America who constantly refers to his penis by a proper name, and yes, that is the least of that guy's problems.

The Final Member focuses a lot on the nature of collection, and it made me realize how absolutely male these sorts of things are. Generally the obsessive need to complete a collection seems such a masculine trait, whether it's comics or movies or baseball cards or retro games. It's as if the stuff that's collected is an extension of the self, so to speak. Since the movie focuses on a man collecting penises, the completionist principle is doubly male. And yet there's also genuine scientific rigor behind Hjartarson's museum; so, yeah, it's penises, but it's also about research and not necessarily penises (even though it's so much about penises).

The competition aspect is also key, and I can't help but feel the quest to be included in the Phallological Museum is akin to the Steve Wiebe/Billy Mitchell high score feud in The King of Kong: A Fistful of Quarters. This is all about out-alpha-ing the other guy--a display like peacock feathers, a duel, a kind of one upmanship in order to emasculate the lesser man. 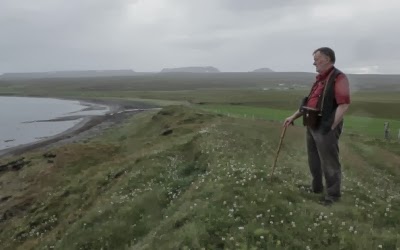 There are occasional breaks away from the museum and the potential members to speak with sociologists and folklorists about penis hangups and why talk about penises makes people laugh or feel uncomfortable. These side topics and anecdotes add greater texture and welcome depth to the film. (You're probably giggling now, so you're proving them right. Stop it.) What I found most striking about The Final Member is that it's so wonderfully filmed. There are multiple shots of Hjartarson wandering the landscape ruminatively. He ponders his own mortality, his own future, what his museum really means to him and his family and friends. Is this the mark he'll leave on the world when he eventually passes? The camera drifts around him as he looks out on gray skies and damp green hills and the cold vast sea. The quality of this imagery is not unlike a Terrence Malick film.

It should be noted that in many of these scenes, Hjartarson is holding a dried-up bull's penis; he wields it like a cross between a flimsy walking stick and a conductor's baton. That absurd beauty/humor (and the fact I haven't outgrown my inner sixth grader) may sum up why I enjoyed The Final Member so much.

The Final Member premiered last year at Hot Docs. It is slated for release by Drafthouse Films in April 2014.
Posted by Hubert at November 21, 2013