Discussing Stories We Tell without spoilers is sort of difficult. It helps to go into the film knowing only that it's a documentary about Sarah Polley's family. If you're simply wondering if you should see it, you should; and you really should if you're interested in the nature of storytelling and the ways we create personal narratives. If that doesn't appeal to you, maybe just see it because there's such beautiful honesty in the movie even if there's also manipulation involved. Remember your Godard: Every cut is a lie; or if you prefer, maybe it's just another kind of story.

In the opening sequence of Stories We Tell, we hear Michael Polley (Sarah's father) read a quotation from Margaret Atwood's Alias Grace. The epigraph concerns time and the perspective it provides. Everything seems chaotic and haphazard when you're in the thick of life, but only later, outside of the moment, can you finally look back knowing what you know now and see that what you've lived through has a kind of narrative structure. 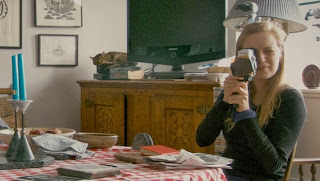 What I enjoyed so much about Stories We Tell was its odd blend of impish intellectual play and unabashed sincerity. There's a complex series of relationships in Polley's family to unpack. The film is an attempt to recreate the nature of these discoveries and what it means to everyone involved. It's all love and sadness, both palpable and true.

Late in the documentary, Polley discusses her filmmaking methods outright even though they've been readily apparent throughout the film: rather than stick to one story about the family or one voice, she wants to get the stories of different people and see what memory and subjectivity does to the way we tell the stories of our lives and the lives of others.

There's an on-camera retort that this method gets us further from the truth. While it isn't argued on screen, that's the larger conversation that audiences are bound to have about the method of Stories We Tell. 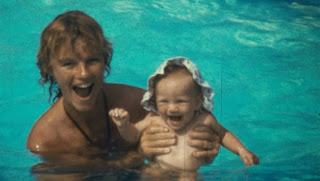 Your personal response to the film will have a lot to do with your beliefs regarding documentary film techniques and the nature of truth. To me, the film's great strength is Polley's attempt to acknowledge and even present the jagged, asymmetrical, malleable nature of the truth. By decentering the documentary from a single, dominant narrative point of view, her job as the director is essentially to put the Atwood quotation into action. Here's the chaos of multiple voices, here's the parallax view of a family history, and now it's time to find the imperfect shape of lived life. This is difficult since certain things remain unsaid, forgotten, or misremembered. We tell stories, we tell them a certain way, and even the mistakes and the acts of equivocation say so much about the stories that we tell and the way that we tell them (and, sometimes inadvertently, who we are as tellers and what we care about).

It can be argued that Polley herself becomes the dominant voice over these other voices, even over her father who speaks directly into the camera in his home and also into a microphone in a recording studio -- different narratives, different tones, and yet the same voice about many of the same things. As the director, Polley's the demiurge using raw narrative material to construct a film world to contain the story of her family, and yet I think it's more complicated than just that. Each voice, though clipped, gets to present itself uniquely. Polley even acknowledges this sense of imbalance since she's the filmmaker who gets to present this story (which is itself a collection of multiple stories). 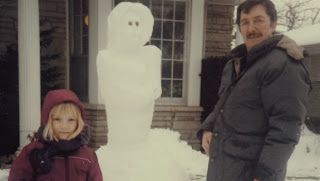 The driving impulse of this form of presentation seems more about polyphony rather than whittling all narratives down to a single and resolvable note. Life is messier than the latter, and though narrative structures seem to emerge the further away we get from the chaotic events of life, not everything becomes clear. Some things do to a certain extent, such as the portrait of Polley's mother, but even then, the story's merely clearer, not perfect. Maybe the cleverness of the structural play in Stories We Tell is necessary. It helps Polley acknowledge this power imbalance as the director, and it also functions as a kind of self-defense mechanism. The truth can hurt, and a little bit of humor and trickery offers necessary distance, something that can help make the truth a bit more palatable. (But like George Saunders said, maybe humor is what happens when the truth arrives sooner than we expect it.)

I don't want to spoil the enjoyment of Stories We Tell by saying much more, because maybe I've already said too much. I actually went into the film knowing some of its bigger secrets, and even knowing what I did, I still found so much of the documentary worthwhile as a storytelling experience as well as a formal exercise. Those immediate concerns about family and love aren't blunted by its coy delivery or the esoteric meta concerns, and that may say something about the way certain stories resonate with us, both because of how they're told and regardless of how they're told.