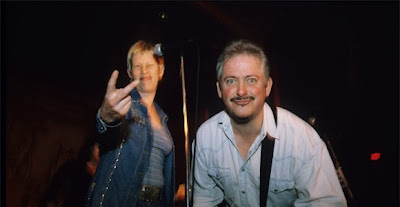 I’ve seen Revenge of the Mekons.

Its one of the best films at DOC NYC. It’s about the band The Mekons which came out of the same group of friends that spawned the Gang of Four. If you get a chance go see it.

Because of an embargo, that’s all I’m allowed to say - for now. I wish I could wax poetic about how great and wonderful the film is, but I’ll just mention that the critics screening ended with applause, and that almost never happens. And I'll add I'm trying to scam tickets to go see it again Friday night at SVA with the band in attendance

(And thank you to Hubert for keeping me on the straight and narrow)
Posted by Steve Kopian at November 13, 2013