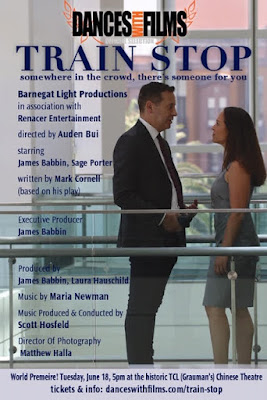 Train Stop
Interesting doodle of a film where a man and a woman meet in a train station and walk through it, and a relationship, via statements (I could listen to sports radio all day, my garden is my sanctuary) that are diametrically opposed to what we think their gender would say. I’m not sure what I thought of it, but it made me chuckle and ponder it long enough that I have to recommend it for anyone who wants to see an intriguing film that will make you think.

Sunny Daze
After years chasing a dream on a road musician Sunny Chase gave it up to raise his family. However his addictions resulted in the failure of his marriage and a crisis of faith that gets worse when his best friend dies. Bonding with the son of his best friend Sunny tries to pull his life around. Okay drama never completely came together for me. More character study than full on drama, I found I never fully warmed to Sunny with the result I never was invested what was happening to him or cared about what he had to say. 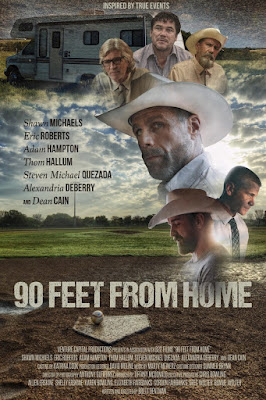 90 Feet From Home
Adult baseball player who was physically abused by his step father goes home full of rage looking for answers and perhaps murder. Okay film has some good performances in it but the script really isn’t there. Hitting too many clichés the film never engages because it goes to the well too many times. While the film doesn’t completely go as we expect, it still doesn’t do anything to stand out. Not bad, but not great.
Posted by Steve Kopian at June 21, 2019