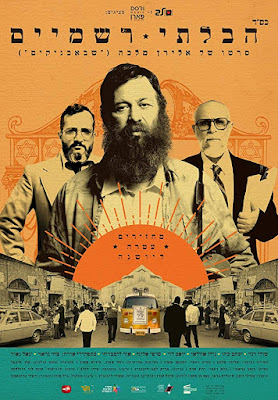 THE UNORTHODOX kind of vexes me. Not because it is a bad film but because this version of the founding of the Shas party involved an understanding of Israeli politics that I don’t have. When Sephardic Jewish businessman Yaakov Cohen gets pissed off after his daughter is thrown out of school for reasons that boggle the mind (basically the school makes a mistake and then decides she just doesn’t belong there) he takes steps to form a political party.

Taking the film on its own terms THE UNORTHODOX is a good film. Driven by a killer performance by Shuli Rand the film drags us along through its march through history. It’s kind of like watching lightning in a bottle with Rand forcibly stealing center stage and holding the film in the palm of his hand from start to finish. It is a towering performance that makes the film a must see just for that. 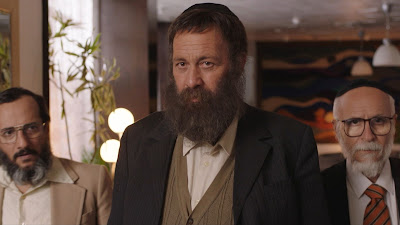 As much as I liked the film and the performances I felt a bit adrift. The film is very connected and rooted in Israeli culture and politics and as a result I felt lost. There seemed to be nuances and details that went completely over my head. I kept having the feeling that were I an Israeli or someone with ties to the country I would understand it better. As a result I like the film, I don’t love it.

THE UNORTHODOX is worth a look for anyone who knows Israeli politics or for anyone who wants to see Rand's incredible performance. All others proceed with caution. 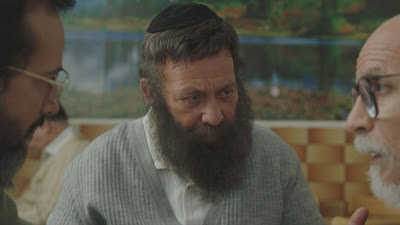