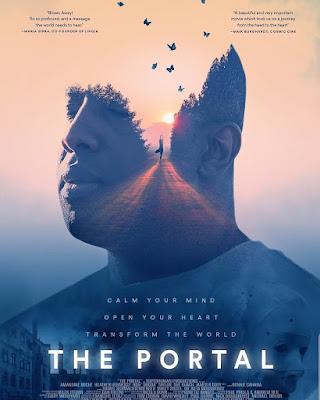 New Agey documentary ponders the notion that if we can get people to change their minds, to see the world differently and meditate on their lives and the world we maybe able to bring the planet back from the edge of extinction.

Heartfelt film tries to to be a great many things from a call to wake up and save the planet to a meditation manual to film pondering the next evolutionary jump and as a result it moves much too fast to fully grasp the all of the concepts in the film.  Twenty minutes into the film I was feeling a little lost as we bounced from person to person who had some great ideas, that kind of tied into the central theme before we bounced to the next person. And then we bounced back again. Worse everyone speaks very quickly as if they are pressed for time and have to get their little bit in.

This is a mini series not an 88 minute feature film. I am familiar with many of the ideas presented and each could support if not a whole feature but at least a good hour long discussion. Throwing them all in a blender and dropping them in the lap of an audience who are unfamiliar with them is no way to win converts.

While not a bad  film, this is only going to play well for the converted. Most people coming from the outside are going to feel lost, which makes the film a kind of failure since it means that they will lose the audience they desperately want to save.

THE PORTAL plays this afternoon at Dances With Films
Posted by Steve Kopian at June 18, 2019