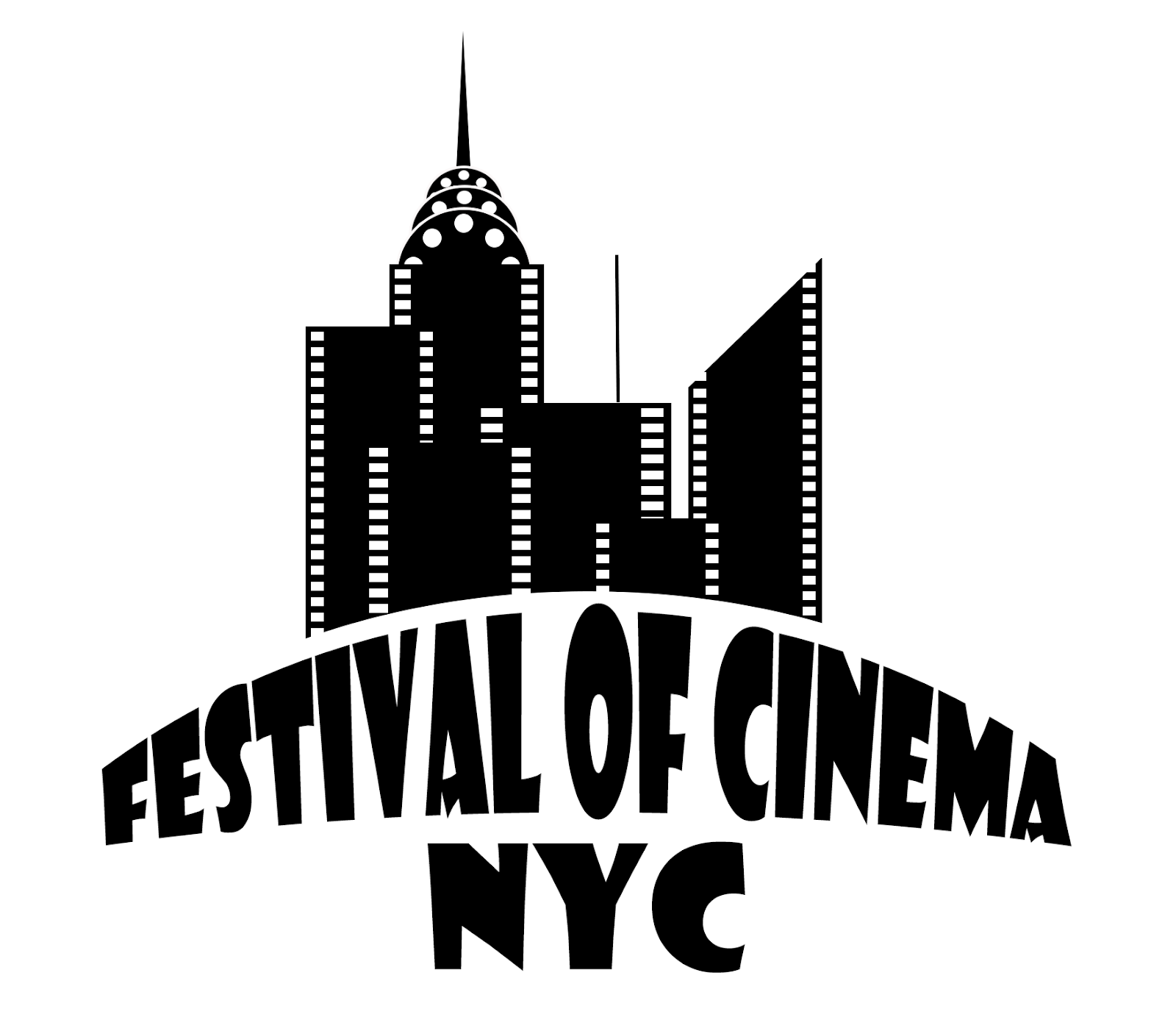 Queens, NY, June 27, 2019 - Festival of Cinema NYC proudly presents its 3rd annual, 10-day event taking place August 2nd to August 11th. Guests will enjoy over 120 films exhibited by state of the art projection and sound equipment in the comfort of the Regal UA Midway’s recliner seats in Forest Hills, Queens. The Festival kicks off on Friday, Aug. 2nd at 7:00 p.m. with the East Coast Premiere of Camilo Vila’s “5th of July” starring Jaleel White, which had its world premiere at the Cannes Film Festival in 2018. On Sunday, August 11th, the festival’s Awards Celebration will be hosted by Queens Brewery in Ridgewood, Queens.

With almost a month to go before opening night of Festival of Cinema NYC, the festival organizers aim to engage Forest Hills and members of the Queens community with the support of the Queens Economic Development Corporation, the  Forest Hills Asian Association, the Forest Hills Chamber of Commerce, the Queens Chamber of Commerce, and Community Board 6. Joining the list of sponsors for this year’s festival is Maspeth Federal Savings, which is proud to support the arts in our community. Festival of Cinema NYC 2019 is made possible (in part) by the Queens Council on the Arts with public funds from the New York City Department of Cultural Affairs in partnership with the City Council.

For its third year, Festival of Cinema NYC steps it up a notch by partnering with several organizations to provide a greater experience. The Queens Library Forest Hills Branch will be hosting five days of special screenings, presentations and workshops, all free and open to the public, located at 108-19 71st Ave. Over at the Queens Museum in Flushing Meadows Corona Park, non-profit organizations Arte East and the Asian American Film Club will be presenting work from their respective organizations. On Wednesday, August 7th, Festival of Cinema NYC presents The NYC Indie Film Collective Filmmaking Challenge. Throughout the month of July, 12 filmmaking teams have been challenged to create and produce a seven- to ten-minute short film. These films will be screened, in competition,  for the first time at the Regal UA Midway followed by an after-party at Buffalo Wild Wings in Forest Hills.

Tickets to Festival of Cinema NYC will go on sale on Monday, July 1st, and are priced at $16 for regular daily screenings. Opening, Closing and the Film Challenge Red Carpet Event are priced at $25 and include entry into the after parties following those screenings. For tickets and more information on the Festival, visit http://www.festivalofcinemanyc.com/.

Festival of Cinema NYC proudly announces the following 125 films (out of over 425 submissions) from 40 countries including the U.S., Australia, Canada,
France, Italy, South Africa, Turkey and more in its 2019 lineup in the categories of Narrative Features, Documentaries, Short Films, Web Series and Animation, Experimental & Music Videos.

5th of July
Dir. Camilo Vila, USA, 100 min., East Coast Premiere
While spreading his father's ashes on a mountain lake, Orlando Leal (Jaleel White) utters a curse. From that moment onward, the universe turns on him.

Batsh*t Bride
Dir. Jonathan Smith, USA, 81 min, New York Premiere
On April Fools' Day, just before her wedding, a bride pranks her fiancé by saying that she thinks that they've lost that spark and that they should call off the wedding and break up, only to discover that he feels the exact same way.

Bookweek
Dir. Heath Davis, Australia, 102 min., East Coast Premiere
A jaded high school English teacher is forced to re-evaluate his life when his novel is passed over for one of his students.

Down There in Heaven
Dir. Felix Schaefer, Germany, 82 Min.
Six men who unsuspectingly follow an invitation to a party. Through a written message they learn that they are part of a therapeutic intervention and have to perform tasks to have a chance to regain their freedom.

Eternal Paradise
Dir. Walter Becker, Argentina, 78 min., East Coast Premiere
An unexpected event in Pablo's life unleashes a series of events that leads him to unearth the father's writings and connects him with an unknown reality.

Falter
Dir. Harriet Maria Meining and Peter Meining, Germany, 43 min., East Coast Premiere
The film describes the romantic beginnings of a post-human era. Falter works in a laboratory on the production of artificial humans. To give his monotonous life divided between work, sport and sex a new meaning, Falter decides to share it with an android.

Fearing Future
Dir. Nacho Sesma, Argentina, 78 min., New York Premiere
Leo is a literature professor who is at the end of a long time relationship. As he struggles with economic problems and depression, he enters a big transition in his life between drugs and a particular affair with one of his students.

Ingenium
Dir. Steffen Hacker, Germany, 88 min., New York Premiere
As Felicita’s life is turned upside down, she doesn't know if her nightmares are taking over or if something bigger is trying to control her and the only way to find out the truth is her best friend Natascha, who is locked up in an asylum.

Locusts
Dir. Heath Davis, Australia, 86 min., New York Premiere
A tech entrepreneur returns to his post mining-boom desert hometown for his father’s funeral where he’s reluctantly reunited with his ex-con brother, but soon finds himself entangled in an extortion scam at the hands of a band of desperate smalltown thugs.

My Soul to Keep
Dir. Ajmal Zaheer Ahmad, USA, 91 min., New York Premiere
Like many young kids, Eli Braverman believes something menacing lives in his basement. When his older sister leaves him home alone one night, Eli discovers if this evil is real or all in his head.

Sin novedad (No News)
Dir. Director: Miguel Berzal de Miguel, Spain, 70 Min., Queens Premiere
Lola lives alone with her son, Jorge, near to an industrial estate in Madrid. One night, Jorge confesses to his mother that he has begun to keep in touch with his father, Marcos, who abandoned them a long time ago.

Ovid and the Art of Love
Dir. Esmé von Hoffman, USA, 115 min., World Premiere
A young man finds his life in danger when he writes a provocative guide to love and tangles with the brutal emperor. Based on the life of the famed Roman poet Ovid, this classic story gets a modern twist set in a mash-up world in contemporary Detroit.

Quest
Dir. Santiago Rizzo, USA, 81 Min., New York Premiere
Mills is a middle schooler addicted to graffiti tagging. His home life is mess with an abusive dad and a mom who doesn't believe him, when a sympathetic teacher and champion of at risk kids enters his life.

Rwanda
Dir. Riccardo Salvetti, Italy, 90 min., Queens Premiere
Close your eyes and try to imagine. A man, a woman and their families. The fastest and most systematic genocide in history.  He is Hutu, she is Tutsi. He must kill. She must die. A fate similar to many others in that bloody spring. But this time there is a slight difference. When you open your eyes, you will be in their shoes and now the choice is yours. And yours alone.

Swindler
Dir.  Dong Hwan Yi, South Korea, 93 min., North American Premiere
A comical story of a swindler disguised as a priest who can be exorcised.

The Tangle
Dir. Christopher Soren Kelly, USA, 99 min., East Coast Premiere
The Tangle is to the internet what the Hal 2000 is to the abacus. In the near future, the Tangle connects the world. A secret government agency watches over the Tangle from within technology safe rooms, locations impermeable to the nanobots.

This is Not a Love Story
Dir. Sidi Saleh,  Indonesia, 87 min., World Premiere
Marlina, a paralyzed girl is found in a garbage truck by Jaya, a street vendor in Jakarta, and rescued. Jaya and his friend, Cak Nur want to use this opportunity to get rich.

Baba Babee Skazala: Grandmother Told Grandmother
Dir. Matej B. Silecky, USA, 69 min., New York Premiere
The little-known story of Ukrainian children torn from their homes in the crush between the Nazi and Soviet fronts in World War II. Spending their childhood as refugees in Europe, these inspiring individuals later immigrated to the United States, creating new homes and communities through their grit, faith and deep belief in the importance of preserving culture.

Bei Bei
Dir. Rose Rosenblatt and Marion Lipschutz, USA, 77 min, Queens Premiere
From the moment Bei Bei Shuai steps out of jail on the arm of her lawyer Linda Pence, their lives are consumed by an impending murder trial. If they lose, Bei Bei will go to jail for 45 years to life, setting a precedent that will affect all pregnant women.

Born as a Girl
Dir. Marek Klosowicz, Poland and Colombia, 62 min.
Pregnant girls at the age of 13 or grandmothers at the age of 26 are of no surprise in Colombian slums. In the poorest social class, violence against women is especially striking: rape, sexual abuse or sex trafficking of minors happen on everyday basis.

The Ringmaster
Dir. Molly Dworsky and Dave Newberg, USA, 90 min., World Premiere
An aging chef from Minnesota has his life turned upside down when a relentless filmmaker from Las Vegas tries to make the chefs onion rings world famous.

We Were All Nobody's
Dir. Charles Caracciolo, USA, 70 min.
Times change. Buildings come and go. But there are some places that become a part of us, places that can never be torn down. "We Were All Nobody’s” is a documentary film honoring one of those places, a Queens, NY rock club.

SPECIAL PRESENTATIONS
The following are films and presentations that will be free and open to the public.

Monuments & Flowers (at the Queens Museum)
A selection of seminal video work culled from the archives of ArteEast with the work of contemporary voices. Curated by Regine Basha.

Race, Sex and Hold the Mayo (at the Queens Museum)
A series of short films presented by the Asian American Film Club.

In addition to the Narrative Features and Documentaries listed above, please find below a listing of the Short Films, Web Series, Animation, Experimental and Music Videos. For their full descriptions,  visit http://www.festivalofcinemanyc.com/.

About Festival of Cinema NYC:
Festival of Cinema NYC is a 501(c)(3) not-for-profit organization. The festival was
founded by local independent filmmakers with a passion to get movies made and to expand
the reach of artists’ work. Recognizing the challenge of the visibility of independent film, the
the festival's aim is to establish a presence in and spread awareness of cinematic creativity
throughout Queens and its vibrant and culturally diverse communities, including Forest Hills, Rego Park, Kew Gardens, Woodhaven and Glendale.

Email ThisBlogThis!Share to TwitterShare to FacebookShare to Pinterest
Labels: Festival of cinema NYC