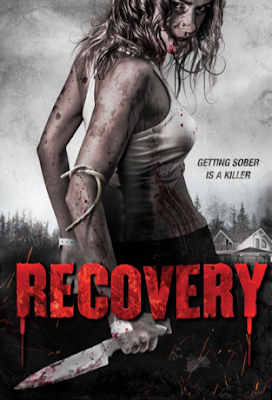 A young vet in trouble with the law for violence and drugs is sent to a rehab center instead of going to jail. Unfortunately not long after she is there someone starts killing all of the other other patients and she has to not only fight for her life but those of everyone in the snowbound hospital.

Interesting premise is hurt an uneven balance of genres. Partially a heart felt look at the plight of returning vets, the film is mostly a typical slasher film and the two parts don't really go together. It's not that there is anything really wrong with either side of the film, it's more that the heartfelt drama is done in by the scares and vice versa. Sadly the film just doesn't completely sell either.

Is the film worth seeing? If you are a fan of horror films yes, especially if you are a slasher film fan.
Posted by Steve Kopian at June 04, 2019