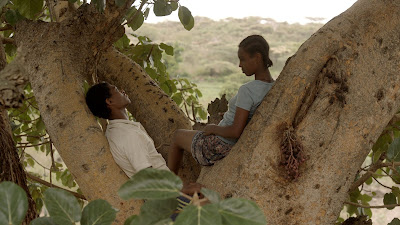 Set during the Ethiopian civil war. FIG TREE tells the story of a young African Jew who wants to get the hell out of Dodge. The war has complicated everything and she and her family want to flee to Israel while they can. However while her family is making their own plans she is making plans with her Christian boyfriend. Unfortunately war has a nasty habit of changing everything.

Beautiful and beautifully acted film is one of the best of the Israeli Film Center Film Festival. An aching film full of life, it wonderfully puts us down in the middle of a time and place that most of us know nothing about. While I knew there were some African Jews I never had any idea what their lives were like or how the war affected them. I was moved.

A stunning film, it is highly recommended. 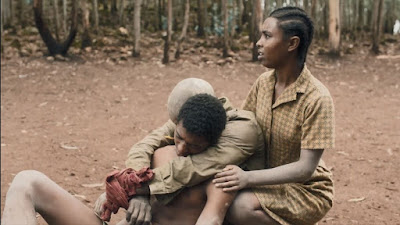