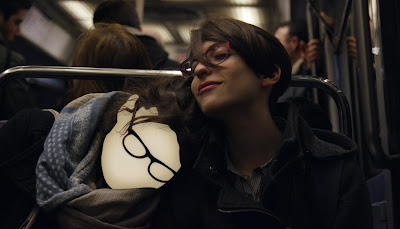 No Box For Me is a look at two people who were born intersexed, with characteristics of both sexes. Both were assigned the female gender by their well-meaning parents and doctors. Both Deborah and M felt out of sorts in their lives until they connected on line and found that they were not alone. The film follows the pair as they hang out and discuss their lives.

This is a very good hour long film that brings to light a situation that I think the vast majority of people are not aware of. I’m certain that if you asked most people what intersexed was people would have no idea what the term means. For those who want to know more the film is recommended
Posted by Steve Kopian at June 19, 2019