The not quite New York Asian 2019 Curtain Raiser 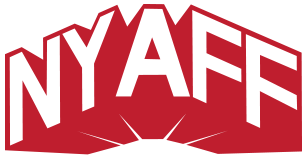 Normally on the Sunday before the start of the New York Asian Film Festival Unseen Films runs a curtain raiser where we say nice things about the festival and most importantly we post a list of must see films. While I am still perfectly capable of saying nice things about the festival- (It’s one of the most influential, nay best festivals in the world and you have to attend- just go buy tickets to anything and everything that is of interest) this year we are so hopelessly behind that I am not going to be able to give you a list of great films. Blame it on real world intrusions but we here at Unseen have simply not seen enough films to recommend anything (well we could but it would be odd, or more correctly feel odd, just to list the three films we've seen). While I could repeat the statement “Buy tickets to whatever is of interest” I would rather point you in a direction....

I can say that any of the films relating to Yuen Woo-ping are must sees. His MASTER Z has some really kick ass action sequences and is worth seeing on a big screen. I will be reposting not only my review but also the interview that the entire Unseen Films family did with the master filmmaker a couple months back. I will also be going to the award ceremony where he gets the festival's  Life Time Achievement Award

I also need to stress that you need to go see the two Sabu films JAM and MR LONG. While I haven’t seen JAM yet, I’m going to the NYAFF screening so I can see the man himself, I have seen MR LONG and it’s a great film. As with all of Sabu’s films it is not what you expect and wonderfully one of a kind. It is a must see.

Reviews are coming of most of the films, so keep checking back. (Reviews start at the end of the week)

For more information and ticket go here.
Posted by Steve Kopian at June 23, 2019

Email ThisBlogThis!Share to TwitterShare to FacebookShare to Pinterest
Labels: nyaff 2019