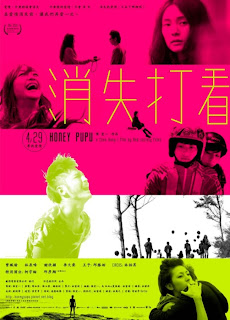 This is one of the must sees at this years NYAFF.

I would almost be willing to put money on whether the Honey Pupu is the most divisive film at this year’s NYAFF. I say this not because the film is bad, rather I think that it’s going to divide audiences as to whether it is a deep and meaningful science fictiony head trip or whether it’s off kilter way of looking at the world is a prime example of one of my favorite terms, pretentious twaddle.

Let me see if I can explain this simply. A group of people, one of which is a radio DJ, ponder existence, perception and where missing objects and people go (other worlds?). Shot with a sense of visual flair that mixes a variety of styles and formats that often make it look like artistic magazine ads come to life, the film is an absolute visual treat, that keeps us watching even as the film’s narrative goes banana shaped.

I’m at a loss to explain what it all means beyond that. I know the philosophical discussions and one liners almost always hit the mark. The question does the narrative thread that holds all of the bits amount to anything? I’m really not sure…on the other hand all of the heady discussions had me thinking to the point I really didn’t care.

For me the film films look, pacing and insistence at forcing you to work with it to unknot it’s secrets created a hypnotic thrill ride for most of the film. I was jonesing on the way the images and the dialog and titles were creating a unique head space. I liked being put somewhere else and being forced to think about things differently.

What I’m not so sure about it is whether it amounts to much, or if it’s out stays it’s welcome after almost two hours. The question arises because sometime close to the end the magic of the visuals and the heady discussion was broken and I was sitting in the darkened room wondering about what I was watching. Was I crazy to have loved about what I had just seen or not?

I’m going to have to see it again and figure out what I really think (and trust me I've been thinking long and hard over the two weeks since I've seen this film, which goes a great way toward dismissing any doubts.

Until I do work out what it all means, I suggest you do some poking around about the film and decide for yourself. My suggestion is that if you like heady discussions wrapped in pretty boxes you give this film a shot. I will not say what you’ll think of it by the end, only that it’s a neat little head trip, that may or may not mean something. Whether it does or not is up to you.

Ultimately, whether you find it good or bad, this is one of those films that is going to have you thinking and talking about it for weeks after you see it, and for that reason, you absolutely must see this film. 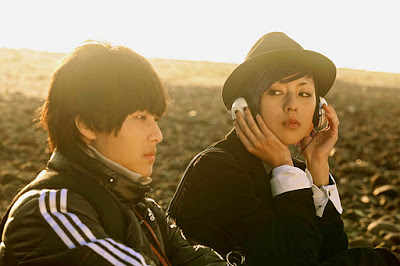