Sunday Nightcap 6/24/14 NYAFF What are the Unseen Films crew looking forward to?

NYAFF12 Trailer from Subway Cinema on Vimeo.
With the New York Asian Film Festival starting in a week I thought I’d give you a peek at the films that we at Unseen Films are looking forward to. To that end I've asked everyone at Unseen what they were looking forward to at this years festival and this is what we've come up with.

Personally, I'm in a weird position with the festival. As of this writing I've already seen well over half of the films. I've already seen a couple of the films that I really wanted to see. As you've read in the past two days there are a couple of films that I think you should see because they are small gems sure to be over looked. In the next couple days you'll read my take on another 22 films including three films that really knocked my socks off:

Asura is a hellish animated film about a wild child who is reduced to being a cannibal. He meets a monk on the road and things begin to change. Based on a banned manga this is deep dark depressing film, and a punch in the gut. (A co-presentation with Japan Cuts)

Scabbard Samurai starts out as a dry comedy about a samurai trying to save his life by making a boy smile. It turns into something else entirely with an ending that well… that will be telling(co-presented with Japan Cuts)

You'll read the reviews of those films over the next two days.

I should point out that having seen about 30 of the films there hasn't been any I really disliked (though one requires the context of a midnight screening, which it's getting), so feel free to go crazy and go get tickets.

Okay what am I looking forward to?

Golden Slumbers- A documentary on the lost film heritage of Cambodia. Exactly the sort of thing that is up my alley.

Ace Attorney- A new Takashi Miike film? I'm there. (Eden has seen this and has said great things about it)

King Boxer- a classic martial arts film on the big screen? Of course I'm there

Potechi Chips- every film by Yoshihiro Nakamura that I've seen has been great (Fish Story, another film called Golden Slumbers, A Boy and his Samurai...) so of course this has to be too...

Okay, Those are my choices.

What are`the other people here at Unseen looking forward to? 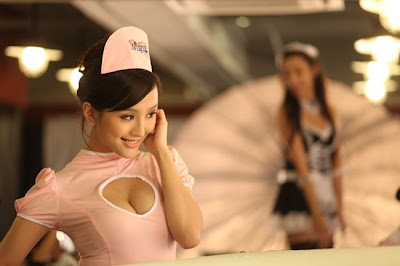 Mr C has a lot of films he wants to see. He's broken his list down into three lists 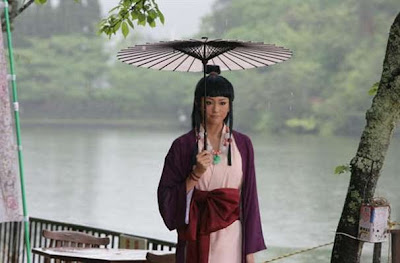 Mondocurry: 5 Screenings to keep an eye on at NYAFF 2012

Faced with the prospect of putting forth some recommendations, I find myself assembling a combination of a tried and true favorite, new films i’ve had the privilege to get a sneak peek at, and some pretty sure fire bets I am anticipating great things from that I myself will stumble into for the first time, wide eyed and excited.

It’s been around the block and then some. Both lauded and blamed for inspiring a new wave of slick, blackhearted, hardboiled revenge films. Whether you appreciate the torrent of films that Old Boy has inspired or not, it features frenetic action sequences and messy explosions of emotion that need to be experienced on a big screen and formidable sound system to be fully appreciated. And speaking of messy, after one of the most emotionally exhausting, painfully awkward cinematic punch-to-the-gut sequences imaginable, iconic lead actor and actress Choi Min Sik and Yoon Jin-Seo will both be standing in its wake to speak with the audience. A “not to be missed” experience!

This is a peculiar little film that had me skeptical about its premise. Then, it captured me in a grip of curiosity in its opening minutes and left me with a still lingering fascination weeks later. It draws you into its world with meticulously detailed visuals and a haunting score that form a physical and psychological portrait of an alternate universe unabomber -- one who is a young Japanese man whose secluded survivalist lifestyle is tempered with a modern hipster-ish sentiment towards antiquated things. This portrayal may seem to be about political manifestos on the surface, but as it journeys deeper inward, it takes on bigger ideas about the madness that comes from deep personal loss. A movie that will leave you with heavy thoughts and feelings, if you allow yourself to fall under its spell. (a co-presentation with Japan Cuts)

Another movie from Japan I was privy to seeing early. Comedian Hitoshi Matsumoto’s (Dainipponjin, Symbol) latest film has a trick up its sleeve of being one thing before suddenly turning into something else. Only this time, the move comes straight from the heart and has implications that make the whole film stand as a powerful statement, one that will stay with you long after seeing it. On one hand too bright and cheery for the Japanese indie film market, but too oblique for mainstream success, their loss is our gain thanks again to the New York Asian Film Festival. (a co-presentation with Japan Cuts)

When the New York Asian Film Festival made its big move to Lincoln Center two years ago, I snubbed the big opening gala to get some cheap West Village eats and steel myself for one last grindhouse midnight screening over at the IFC theater. That movie was L.A. Streetfighter, also directed by Grandmaster Y.K Kim. Filled with so much unintuitively bad dialogue and low budget charm, yet convincing action sequences that could break out whenever and wherever, it was far more entertaining than films that are knowingly bad with a wink and a nudge could ever be. The audience was raucous and appreciative. Last year’s NYAFF lineup included several brain burning midnight movies, screened at Lincoln Center, and the rabid fans did in fact move uptown with them. Add to all this the fact that Grandmaster Y.K. Kim will attend the screening IN PERSON, and this one night only screening is sure to be a WTF event that is not to be missed!

This is my wild card entry, which I have the least insight into, but has a couple of things going for it that make it a great candidate for a surprise hit at the festival. It is a Korean indie. In a film industry that has grown exponentially over a decade’s time with mainstream movies shot on relatively modest budgets, independents are at times wildly ambitious and show great ingenuity in employing sparse means to great effect. Past examples of this are Breathless and Daytime Drinking (the former being a hands down NYAFF favorite a few years back). Add in the fact that this promises a slightly experimental take on violence and it seems like the sort of unique product that Korean cinema excels at delivering.

If all of that doesn't put ideas in your head, I'm sure the next several days of non-stop reviews should help you find something. 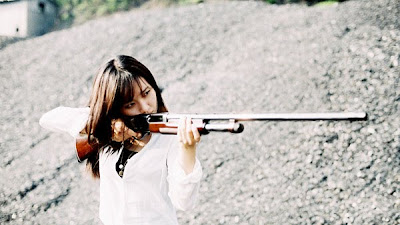