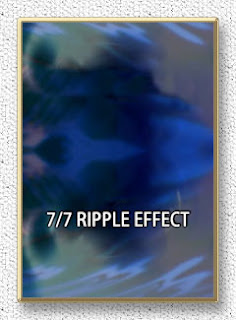 I’ve written this up several times and then deleted the review. I wasn’t sure how It was going to fit in the grand scheme of things here at Unseen, but after writing up yesterday’s JFK Jr film I decided to redo the review.

Made a year or two after the London subway bombings, 7/7 Ripple Effect, is a look at the questions that were floating around immediantly after that event. Why were there only two photos of the bombers in an area with hundreds of cameras, why did it seem that the blasts came from under the train cars, what about the reports of people being shot a good distance from the bomb sites… ?

Made by a man calling him self Maub Dib, after the character in Frank Herbert’s Dune (actually a crazy Englishman named John Hill who is living in Ireland and who thinks he’s the messiah) the film is extremely well done and full of the questions that were floating around in people’s heads and on the internet after the attacks. It lays out what many people thought/think were signs of a conspiracy

I’ve seen the film several times and it knocked my socks off. There really seemed to be something to some of this story. I, of course went and continued to dig into the material on the Internet, in books and on TV on the subject and I found that there are still questions, but most of Maub Dib’s questions have proven to have been explained away, more photos of the bombers have been released, a training exercise on a similar scenario wasn’t the full scale operation be claimed, but something in a board room, and the bombers really did have ties to terrorist networks.

Some questions still remain, like the eye witness testimony of a man who said he saw the bomber on the bus with a description that doesn’t match the bomber.

Which brings us back to the film, you probably want to know why if it’s rapidly falling apart, am I writing the film up.

Two reasons. First it’s a fun ride. Unlike most films on conspiracies this one doesn’t trip over it’s own toes. It tells you enough to make you want to look into things more. Almost all 911 documentaries and theories collapse under their own weight and lack of grounding in reality or even by tripping over themselves with the theories requiring two mutually exclusive things to be true at the same time. With RIpple Effect that’s not the case, its just the theories and the known facts from 2007 when it was made so things don’t collapse on themselves. The result is a film that grabs you. I like that

The other reason is you need to be forewarned about it because things have changed since the film was made. Answers have been revealed and stories explained. This isn’t to say there are still questions, there are, it’s just you can’t take this at face value. If the film piques your interest you need to look further.

I tell you this also because the film is being handed off as the gospel truth around the UK and elsewhere. I would have had no problem with people handing the film around except that at this point its six years out of date. Documented answers have been given to several of the questions raised, but the film is still being handed off as if it’s all in question. If you watch the film, you have to go beyond it, you can’t stop there, and almost no one is doing that.

To be honest you have to do that with any film that tells the story of a conspiracy (or even any film that tells a true story). You can’t take what it says on face value, but merely using it for a jumping off point. The best example is the myriad of 911 theories, many of which are based on questionable reporting (One documentary on the pentagon bombing refers to another documentary as supporting it’s claim, except that the supporting film actually refutes the premise out right) You have to do your home work, real home work, and not simply be a blind receptor. Never take anything in the real of conspiracy theory as gospel truth, because 99% of the time it’s not.

Assuming you want to investigate the 7/7 bombing further 7/7 Ripple Effect is available on line. And if you watch that I also suggest you watch this BBC documentary refuting many of the points in the film

(The picture below is John Hill,aka Maub Dib aka The Messiah) 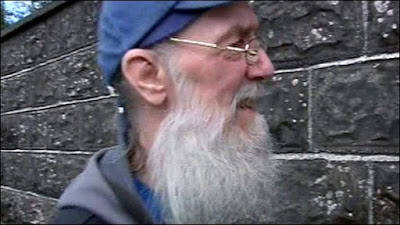