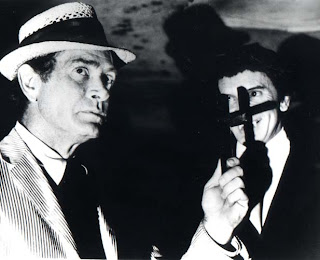 Lets hear it for the legendary single season of Kolchack the Night Stalker. This was a legendary series that was spawned when the original TV movie received the highest ratings for any such film at the time. The first movie spawned a second movie which then spawned the series.

The premise of the series is that Carl Kolchack is a reporter working for an independent new service in Chicago. Each week he would run into a different monster which he’s tries to report on but because his evidence was either destroyed or suppressed nothing would come of it.

The series ran for one season of 20 more or less self contained episodes. By the last epsiode ran the series had sputtered to an end, It simply couldn't sustain itself. The trouble was that unless you stretched out stories and plot lines you rapidly ran out of things for the series to be about, it was a lesson that others took to heart. If you like shows like Buffy or Charmed or Vampire Diaries or Fringe or any of the other science fiction horror series thank Kolchack which showed creators how not to do a show. Shows like this needed to be serial in nature so things stretched out.

Sitting watching the series in a concentrated four day run recently made it clear that the series was very up and down. You had episodes like the Spanish Moss Murders about a dream monster, or Horror in the Heights about an Indian shape shifter which were really good, but things like the invisible alien monsters, or Sentinal about a rubber suited dinosaur were not. You’d get a great episode followed by real drek. I can completely understand how audiences abandoned the series since you never knew what you’d get from week to week, you didn't want to risk the up and down nature. However on DVD it's great because you can just jump past the bad episodes.

That the series survives and thrives to this day at all is thanks to the great cast. First up is Darren McGavin as Kolchack. Rarely has any role fit an actor as well as this one, and I suspect that it haunted him for the rest of his career. I know I find it hard to take him in any other role simply because I think of Kolchack each time I see him. Equally good is Simon Oakland as Tony Vincenzo, his flabbergasted boss, who constantly has to rein Kolchack in. The relationship works because ultimately he respects the reporter who has traveled with him from Las Vegas to Seattle to Chicago. You get the feeling he believes Kolchack’s weird stories but doesn’t want to. After that you have Jack Grinnage as Ron Updike Kolchack's press room foil. Then there is Ruth McDeVitt. McDevitt first appeared in the series as an elderly woman and then returned as the reoccurring Miss Emily, a sweat woman who is the only person Kolchack trusts.

If you’ve never seen the series you really should. Its currently out on DVD and worth the time and money to see it. Sure the episodes are uneven, but at the same time you have these great characters who grow over time. It’s a series that is way more influential than its one series suggests, partly in what it did in shaping later series, but also in a training ground for some of today's top writers and directors including people like David Chase who gave us the Sopranos after honing his craft on this fright show.
Posted by Steve Kopian at June 08, 2012