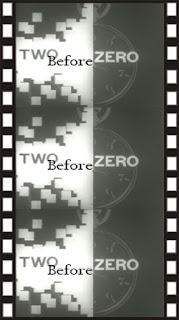 How do you rate this movie correctly? I don't know if its possible since this is not really a real movie so much as anti-communist anti-atheist propaganda of a most extreme nature.

Basil Rathbone is one of two "few" survivors. He is lecturing to Mary Murphy about the history and evils of communism. Set in a nether world where Rathbone stands at a lectern upon which a large book rests he talks and shows (in some really grizzly documentary footage) all of the terrible things that the commies have done. He says he is preparing her for what is to come, so that she can keep her eyes open and not break down. They discuss the godless communist threat and speak of her role as mother and Saviour.

Allegory? Science fiction? Psycho drama (in both senses of the term)? Your guess is as good as mine. Clearly this film's time has come and gone since the communist "threat" as been replaced by other "threats" in our world. This film is also extremely sexist with the role of the woman reduced to that of breeder and mother. The film makes clear that the role of the woman is to raise kids and suffer as a result (amazingly the film also acknowledges that she can do more but that society and "god" demands that she do only that) Watching it now is a rather quaint experience. We really thought like this back in the 1960's, and for good reason, we really were on the brink of nuclear war thanks to things like the Cuban Missile Crisis. The urgency bleeds off the screen.

Its not really possible to watch this movie as anything other than a historical document. Its not a narrative movie its a documentary with some very pointed commentary (Think Fox News) and political orientation(farther to the right of Fox News). You can't watch this for entertainment like you would a comedy or drama, you have to look at it in terms of history and nostalgia.

The performances of both Rathbone and Murphy are suitably intense for this sort of film. Rathbone is a scary authority figure while Murphy is a warm and loving woman, perfectly modulated for getting the point across.

I liked it for what it is, anti-communist anti-atheist propaganda from a time now gone. If you watch it with that in mind you'll probably enjoy the experience. However if you watch it expecting a real movie with a plot instead of a political and social argument then you'll be bored silly.