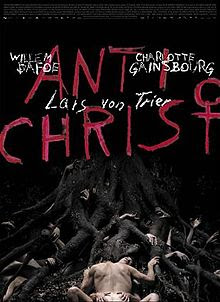 I've posted way too many reviews and this is the first time I'm not putting a rating. There is no way to honestly rate this film. Its not the sort of film you rate, any more than you say rate the work of an artist. This isn't to say the film is a masterpiece its just that you don't go around sand say attach numerical values to things like the Sistine Chapel or the Mona Lisa or The Nightwatch. The best and only thing I can do is post the thoughts I had after seeing the film:

I will have to ponder this and really write on this film another time. I know that I have to state at the outset that this is a film that only a small portion of the audience will sit through. Its graphic both in its sex and in its violence and in it sexual violence. I won't mention what happens but lets just say if you have problem with sex, violence and especially sexual violence stay away, stay far away from this film. And its made worse by the fact that you are emotionally invested in the characters so it amplifies everything making it all seems harder.(actually the film is long stretches of emotional and psychic violence between the characters that periodically erupt into physical violence, there isn't that much physically, its the words and thoughts that do the real damage)

The film concerns how a couple handles the grief they feel after their son fall out a window while they are having sex (yes you see him fall). She collapses and he tries to help her since he is therapist. They retreat to their isolated cabin and then things fall apart.

I don't know what to say. Its bleak and dark. Its a film that is not only about grief but also about the male/female relationship. I'm not sure how much is real and how much is not. I know audiences walked out at Cannes and elsewhere and it doesn't surprise me. I know some people have loved it.

Von trier has made a film that is its own unique animal. Highly theatrical and deeply philosophical conversations are created out of mismatched takes. There are obvious flights of fantasy. There is poetry. There is realism. Much is unsaid. I have a feeling that somethings are there just to provoke a reaction. Beyond unease I don't know what else it does. I think at times its too arty and distancing to completely work. Emotional and viscerally the film is a kick in the chest, genitals and other places. Intellectually I don't know if its wholly successful. I could argue both for and against it. I see how it works and how it doesn't. I know I don't think I really like the film. I think its more a film of the head, its something you admire, for the way it makes you feel (bad) and the way it makes you think (endlessly). Its not something you watch to be entertained or to kill time. This is a film you watch to be engaged and think.

What do I think about it? If you are of strong disposition and are ready to meet it half way on its bleak black hopeless road you may want to give it a shot. If you don't want to deal with the violence and the emotional pain stay away. As for me I'm going to contemplate it and try to work out what I really feel.

--- Addendum 24 hours on some things have improved about the film, but I find that I am bothered that what I remember is the violence, not the characters or the ideas but the physical acts of brutality. Short of a Japanese gore film, I've never had that sort of reaction to a film. What does it say about the film?

Apropos of nothing the year after this premiered at the NYFF I was at the film festival and fell into a conversation with some ushers after a screening of BLACK VENUS  which also had a strong audience reaction and they said that the stories of the walk outs and the audience member needing an ambulance during ANTICHRIST were absolutely true. They told me that this film produced the biggest reaction of walk outs and other wise that they had seen.
Posted by Steve Kopian at April 15, 2017