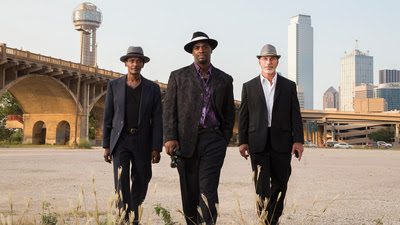 Portrait of Christopher Scott, Johnnie Lindsey and Steven Phillips, three men who were wrongly accused and who now work to free others who have been wrongly convicted.

The film follows the men as they take up the cases of two men Isiah Hill who was given a life sentence for stealing 150 dollars 36 years ago and Max Soffel who was wrongly convicted of a multiple murder and now needs to get out in order to fight the cancer that had recently been found.

I have few words for this film other than this is a must  see. A marvelous film that explore the lives of three men who lost it all do to police bone headedness, prejudice and errors, the film shows us just what is lost and the damage done when things like this happen.

A bittersweet film happiness is tempered with truth that somethings can't be made whole. The world is not perfect and we see how time and the evil of some men won't allow the truth to win out. I have to applaud the filmmakers for not wrapping it all in a bow and making a film that is falsely happy. What joy there is is real and any victory is small and hard fought. I love that we see the cost of everything. I was moved to tears by some of the turns

I don't know what to say. A vital and important film TRUE CONVICTION is one of Tribeca's very best films and a must see. 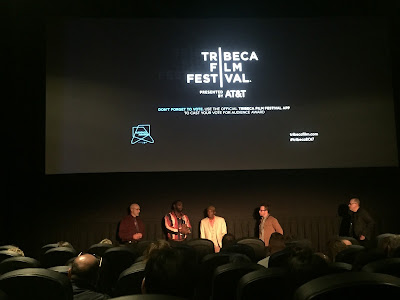 Ariela saw the film on April 22nd and filed this report on the Q&A that followed the screening
:
At the end of the screening of True Conviction, director Jamie Meltzer came out, along with Christopher, Johnie and Steven. The three men this great documentary focuses on.

It took Jamie Meltzer 3 years to convince the men to do this documentary. One said after being in prison for so long, it's hard to trust. Another said he didn't like the idea of a camera being in his face for who knows how many years. In the end, they all felt the director cared about the subject, that it's hard to find people who care and that it's an important story to tell. It took Meltzer 5 years to make the film.

Updates on some stories:

Chris' son got his high school diploma in jail, has taken some college classes and some trade class's and hopes to make parole in 6 months.

They started receiving letters from females who wrote that they were wrongfully accused, they never had prior but now have been getting several.

Texas has one of the best compensation laws in the country for those wrongfully accused. The men mentioned they had lobbied to have a higher compensation.

They kept fighting to clear Max Soffel name but sadly were unable to do so.

Isaiah Hill, who was out on parole at the end, has since gotten married.

Definitely a documentary that I highly recommend.
Posted by Steve Kopian at April 23, 2017