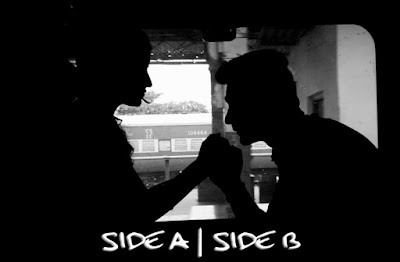 Sudhish Kamath's SIDE A SIDE B is something special. A kind of mix tape romance it's a film that shouldn't work as well as it does but instead it pulls it all together to be something deeply affecting. While I'm weirdly surprised that the film works as well as it does I really shouldn't be since Kamath's film X did the impossible and took a film with 11 directors and made it work as if it were one film with one vision.

SIDE A SIDE B is the story of Aiban "Joel" Gogoi and his girlfriend Shivranjani Singh. They are traveling 44 hours by train so that she can take a new job in a big city. Coming from a small town she has never been out on her own and wants to see if she can make it on her own. He fears she will leave and never return. She insists that the time apart will be good since they have been together for years despite being only 21.

The film unfolds as a series of moments from the trip. Each moment is recorded in a long take with multiple angles covered via a natural looking split screen. Each involves a song(s) that the couple sing to each other. The songs reflect some portion of their relationship. We are there as false fronts are put up, true feelings are revealed and the future is discovered in bursts that at times come perilously close to eavesdropping.

I am at a loss for words. This is one of those rare films where I don't want to attempt to review it, I simply want to press a copy into everyone's hand and say see this it is something special. This is a really wonderful film that gets it right pretty much everywhere along the way.

The biggest plus for the film is the music. The songs are absolutely lovely and perfectly capture the moment in the story or some feeling one of the pair is trying to convey but cannot express in unsung words. My first thought half way through the first song was that I would love a copy of the score because I love it so much. (Actually the film could be released as a CD since the film's run time is less than the amount of music of a fully packed CD.) 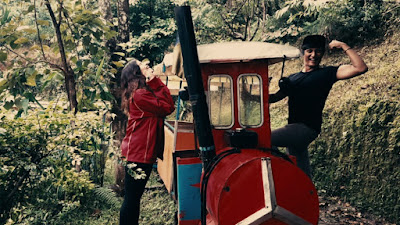 What makes this special is that the songs are organic to the situation, the songs are performed as they would be if these were real people passing time. They start and stop, lyrics are changed and they talk over each other as they sing. We are with them as they muck about with their music.

Because we are with the two lovers in the train compartment during their trip we really get to know them. Credit director Sudhish Kamath for never really leaving their side since the fact that we see them  as their emotions rise and fall and frequently change on a dime the two become much more than mere movie characters- we get a better sense of them as human beings beyond what we might have had the film chosen to move them about in a bunch of artificially set sequences. Occasionally we do leave the train when we see flashes of their time before or the couple of moments when the tale flashes forward a year to reveal what happened.

I like that Kamath has set some flash backs as quasi-music videos that play  next to or in place of sequences in the train. While the sequences are not always realistic they do counterpoint everything as a kind of memory. (An please-if you can you'll want to see this on the big screen since the use of multiple images will be more impressive than on a TV)

Actors Shivranjani Singh and Rahul Rajkhowa give towering performances. While on some level we know they are not a real couple, they manage to make their character's emotional center more real than most people I know. What transpires between them, the ups and downs is note perfect at least as far as I have experienced. The pair are so good I found myself talking to the screen to say how much the film was on target..

To be honest writing this film up after a single go through is rather difficult. I don't mean that in a bad way, rather simply to point out that Kamath has structured this so deliberately as a film, as a music video and as a mix tape that lovers used to give each other that I simply didn't catch it all. There is a glorious complexity here that makes this way more than your typical romantic drama. The more I think about the film the bigger it grows in my memory. This is an amazing film that seems very simple but the more you look at it you discover hidden details and layers not there on the first time through.I need to actually see this film a couple dozen more times to really be able to really write about it. This film is a masterpiece and needs major consideration and not something that is tossed off to make a deadline.

You must see this film.(And for those of you in the US who don't like subtitles 99% of the film is in English). SIDE A SIDE B is great film and its wonderful construction, glorious songs and masterful performances  mark Sudhish Kamath as a filmmaker who needs to be doing more. He is making films that confound and delight and do things that amaze

SIDE A SIDE B World Premieres Monda night at the New York Indian Film Festival. For tickets and more information go here 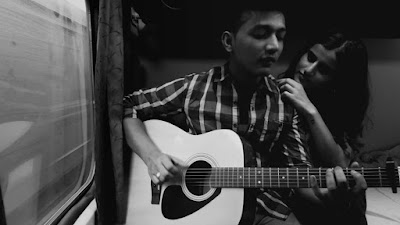