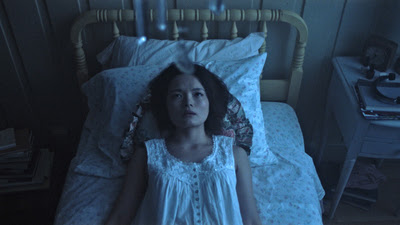 Tribeca screened a killer episode called MA. The story is about a young woman named Mona who lives with her mom. When a new neighbor moves in and attracts  Mona's attention tension rises between mother and daughter.

A scary little film with one killer "oh shit moment" that must be seen.Beautifully acted, directed and written this is horror filmmaking at the highest level possible. Its so good that I am not going to say much about it simply because I don't want to wreck the chills.

If the rest of the series is as good as this film then we have a new classic series on our hands. An absolute must see.
Posted by Steve Kopian at April 29, 2017