Art of the Real, Lincoln Center’s annual look at the varieties of documentary filmmaking starts Thursday.

The festival tends to shy from traditional documentaries for films that tend to be more experimental and often blur the line between fact and fiction. The films are never typical and are often for more interesting for how they are told as opposed to their subjects. That is not a knock rather that the festival can bring some truly magical things to the screen.

I’ve seen seven of the offerings at this year fest and I’ve been delighted by some and disappointed by others. That shouldn’t turn you off to anything. Art of the Real’s strength is that it brings together atypical films that affect everyone differently – they are films that may or may not work for you- but at the same time they are films that leave you knowing that you have seen something more than the typical multiplex film or even your typical non-fiction film. Everything they run is worth trying if the subject interests you.

As this posts I’m trying to work out getting to see the opening selection The Rats Film which several people have told me is one of the very best films of the year. I have a few more to screen and I hope to get some more reviews up. (The curse of the festival is that it is running opposite Tribeca)

What follows are my thoughts on what I’ve seen. 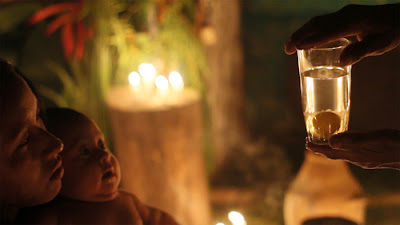 I covered MODERN JUNGLE during this years Slam Dance and I liked it very much. It's a film about some people living in an isolated community that becomes very meta since there is no pretense to ignore the cameras. Its a must see. Here is a link to the review 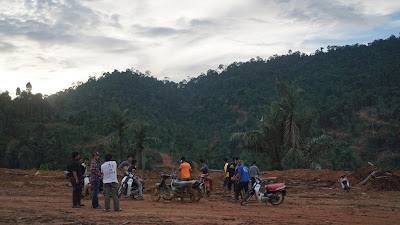 VOYAGE TO TERENGGANU
Directors Amir Muhammad and Badrul Hisham Ismail trace scholar Munshi Abdullah trip across Malaysia and end up with an impressionistic portrait of the land and people.
Beautiful but uneven film will have your interest fluctuating as it moves from segment to segment. In a weird way I like the sequences that don't have anyone in them 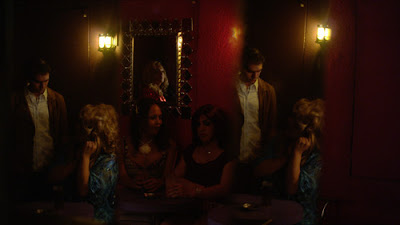 CASA ROSHELL
Portrait of the titled location, a place where men can escape to and let their feminine side come out. An odd mix of docudrama, documentary and experimental filmmaking never finds it's footing with the result that despite the film being a documentary the location feels unreal. 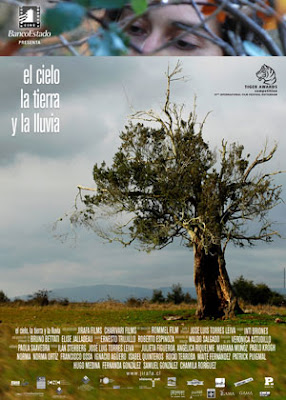 THE SKY THE EARTH THE RAIN
Meditative look at a woman who hardly speaks going to work for a man in the remote country and their largely silent existence. Docufiction film has some lovely sequences but the pacing is slow and after a while the beautiful images aren't enough to carry the audience to the end. If you like slow uiet films give this a shot other wise skip it. 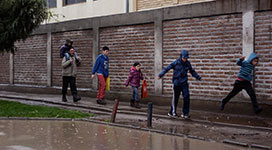 THIS IS THE WAY I LIKE IT II
Director Ignacio Agüero revisits his earlier and much censored short film by revisiting the subjects and asking similar questions about life and filmmaking (under Pinochet) and then intercutting his home movies. At times absolutely fascinating film is a wonderful look  at how filmmakers view the world and their art- but from a very different perspective. While some of the flourishes such as the home movies don't always work, the kernels of information in the interviews make this a must see for the curious. 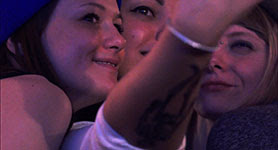 EMPATHY
Jeffrey Dunn Rovinelli's portrait of Em Cominotti a call girl and heroine addict is a slice of life film that is co-opted by it's subject. An interesting film to a point many of the scenes run on way too long and while they give a sense of life they also don't always hold ones attention. 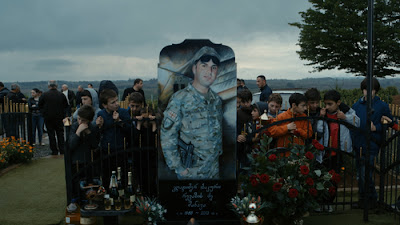 THE DAZZLING LIGHT OF SUNSET
A portrait of the only broadcast reporter for a Georgian TV channel follows her as she deals with stories like the capture of an owl, street paving and the obituaries. Its a world where everything must be shown in the best light. This is a look at small town life and how it strives to be more and seem more than it is. While it's deliberate pacing and construction may turn off some the film is in fact something that is going to hang with you and keep you thinking for days afterward.
Posted by Steve Kopian at April 17, 2017

Email ThisBlogThis!Share to TwitterShare to FacebookShare to Pinterest
Labels: art of the real 2017, docufiction, documentary