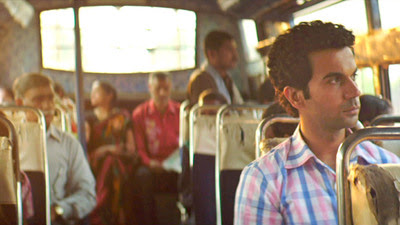 Newton is a film that America kinds of needs now. Never mind that the film comes from India, the tale about the importance of voting and doing the right thing is the sort of thing that will give you a kind of hope in these dark days in America.

The plot of the film has Newton, an election volunteer heading into a remote section of India to oversee voting. Where is is going is dangerous. Maoist rebels have pulled a candidate out of a car and shot him. They are threatening to disrupt the election if their demands are not met. Traveling in to the fray comes Newton, a young man who takes his charge very seriously. Newton is going to discharge his duties come hell or high water so he is not going to listen to the rebels or the police who seem not to want him to do what he was sent to do.

Amusing dark comedy is going to be taken very differently by those of us in America who are rattled by the way the election process of the last cycle played out. What should have been a humorous look at the way we need to follow principles with things as important as an election now has shadings that would not have been there a year ago. The humor now occasionally catches in the throat.

I really liked this film a great deal. A wonderfully acted film this is a tale that can’t help but bring a smile to your face even as things turn several shades of dark.